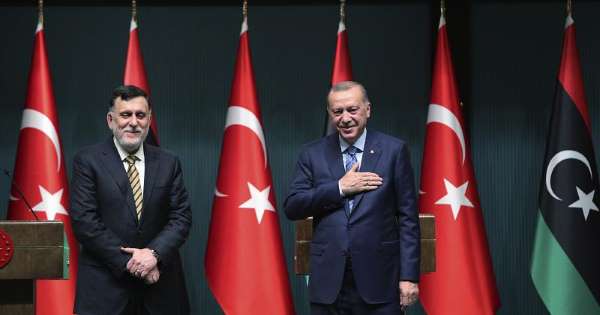 Turkey will continue to work with Libya in military training and consultancy, Turkey’s Defense Ministry said on Tuesday.

Akar reiterated Turkey’s stand with the UN-recognized Government of National Accord (GNA) of Libya, adding that Turkey supports Libya’s independence, sovereignty and integrity.

The UN-backed government had been engaged in a deadly armed conflict against the eastern-based army for more than a year over the control of the capital Tripoli, before it recently took over all of Western Libya.

After the eastern-based army withdrew from western Libya, the UN-backed government has been trying to take control of the city of Sirte and Jufra District in central Libya.

MTN: Accelerating the Implementation of Automation Strategy Through Cooperation with Huawei

We will continue to maintain law, order in Wa Municipality – Police

8,000 illegal structure owners to be paid for Ahafo North Project