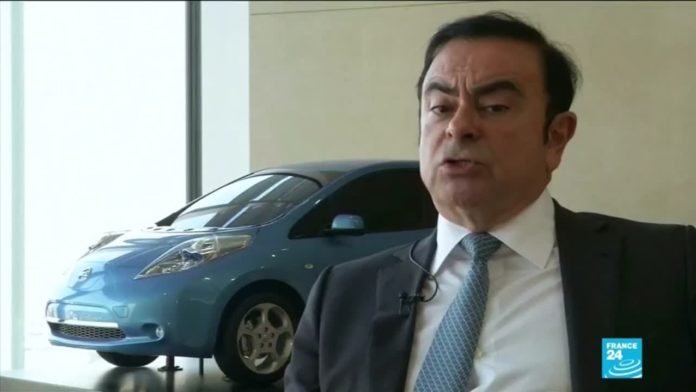 dpa/GNA – An Istanbul court sentenced three airline employees for their role in facilitating the escape of former Nissan chief Carlos Ghosn from Japan to Lebanon via Turkey.

They were found guilty of “migrant smuggling.”

The sentenced pilots, who pleaded their innocence, said they hadn’t taken bribes and rejected the charges.

Ghosn was arrested on allegations of financial misconduct in Tokyo in 2018.

The former head of the Renault-Nissan-Mitsubishi Alliance was released on bail but he fled Japan, flew to Turkey and then transferred onto another plane for Lebanon.

MNG Jet said previously that two of its planes were used to help Ghosn escape and blamed an employee for leasing them without the company’s knowledge.

Two US nationals and another foreigner arranged the planes and agreed with the cargo company manager to help Ghosn flee, Anadolu reported earlier.

He was hidden in a music box perforated with 70 holes to enable him to breathe, according to the indictment, Anadolu reported.

He was flown out of Osaka airport on December 28, 2019, arrived the next morning in Istanbul and then moved to another jet headed for Beirut.