Turkish Ambassador, Nesrin Bayazit, on Friday gave the assurance that the Turkish Government would partner Ghana to boost agriculture production. 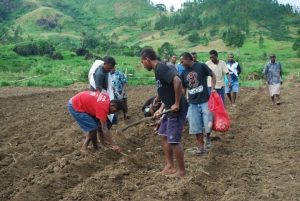 She said Turkey had expertise and vast experience in agriculture and would therefore enhance its co-operation with the country so that both nations would leverage on each other for economic advancement.

‘‘Turkey has a good experience in agricultural sector and we are a self-sufficient country when it comes to agriculture and I think we can share our experiences with Ghana in that aspect.

‘‘We are aware of Government policy about One-district, One-factory and we have already started to support and try to find ways of engaging Turkish investors in this project,’’ she noted.

Madam Bayazit said this when she paid a courtesy call on the Minister of Information, Mr Mustapha Abdul Hamid at his office in Accra.

She noted that Turkey had expertise in Greenhouse and other agribusinesses and therefore its co-operation with Ghana would be mutually beneficial, adding ‘’we already have Turkish investors here in Ghana who are producing starch for export so there are many robust areas to partner for production’’.

Highlighting some of the developmental projects undertaken by the Turkish Government in the country, she said Turkey had a power badge in Tema producing electricity, and also building the terminal at the Kotoka International Airport.

She said: ‘‘We’re also constructing a water treatment plant which is being supported by the Turkish Exim Bank and when completed, it will provide clean water for over two million people in the Central and Eastern regions’’.

For his part, the Minister of Information, Mr Hamid indicated that Turkey was an emerging market destination for Ghanaian businessmen and women and the country would collaborate with them for mutual benefits.

He said there were three principal business destinations for most Ghanaian business people namely, China, Dubai and Turkey and Ghana would strengthen its relation with Turkey by exchanging ideas and technology transfer that would be mutually beneficial.

He noted that government’s vision of industrialising the economy through the ‘‘One-District, One-Factory Policy’’ would be realised by making agriculture play a lead role in that effort.

He said the New Patriotic Party government tilted towards the centre-right policies, which were business-oriented, therefore it would create the enabling environment for investors and the business community to thrive.

‘‘We believe in eat what you can and can what you can’t’’, which implied that factories supposed to can agricultural produce for export,’’ he added.

He said the country would take advantage of the agricultural resources in the various districts and explore avenues to make them beneficial to the people through the One-district, One-factory policy.

‘‘For instance, we have shea butter in the north and palm fruits in certain areas in the Central, Western and Brong Ahafo regions, as well as cassava, maize and other agriculture resources in other regions.Therefore whatever produce it is, we are not just looking at targeting one single produce, but for the country to evenly develop, we ought to target every resource that is in every part of the country in order to actualise the One-district, One-factory policy,’’ he opined.