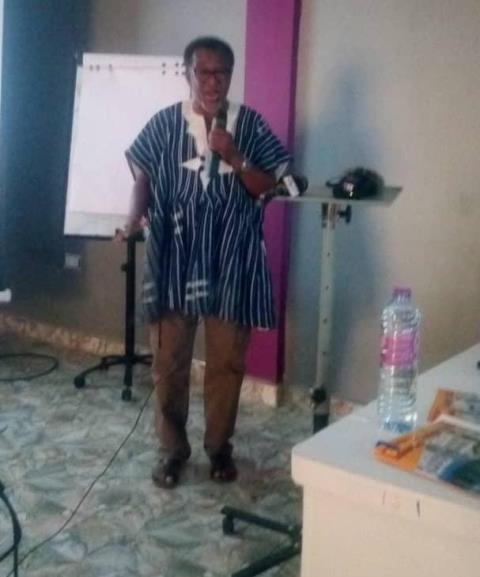 ​Professor David Millar, President of the Millar​Institute for Transdisciplinary and Development Studies has urged government to turn the defunct Meat Factory at Zuarango into a multipurpose abattoir complex to process fresh meat for consumers.

He said​​ in recent times, consumers were skeptical about can meat products because of the health hazards associated with it and noted that, the establishment of an abattoir complex to process meat and deliver them fresh to consumers was the best way to go.

Similarly, the Pwalugu Tomato factory should also be turned into a multipurpose factory to process vegetables, onions and watermelon and others to help boost the local economies.

Professor Millar made these suggestions at a day’s Northern Development Forum (NDF) session, dubbed: “Regional Consultation Forum” held in Wa to collect views from a cross section of stakeholders on concerns, issues and interest of the people, which would be documented and forwarded to political parties to capture them in their manifestoes.

“It is only when we have submitted our concerns to them that we can hold them accountable when they fail to deliver.
“We must proritise projects and initiatives that would accelerate development of the north; lobbying political parties to include gain changing projects in their manifestoes, if we are able to do what we doing well, we can call them to account” he said.

The stakeholders​​ looked at issues on “Climate Change and Agriculture”, “Education and Health”, “Infrastructure and Private Sector Development” and “Peace and Security and Tourism , Culture and Creative Arts”, taking into consideration the interest of the northern and challenges impeding development.

On the development of the Pwalugu Dam, Prof. Miller said they had to make sure that whichever political party that comes to power, that dam must see the light of day without any hindrance and also agitate for more irrigation facilities to help maintain and manage agriculture all year round”.

​ ​ ​ ​ Prof. Miller who is a former Pro Vice Chancellor of the University for Development Studies (UDS) commended government for initiating the “One Village, One Dam” and “One District, One Factory” policy to help iindustrialise​ Ghana.

Professor Millar, however, urged government to dream beyond the district factories and establish multipurpose factories in each of the 16 regions, taking into consideration the local resources abound so as to put the name of Ghana on the world market.

He said such big factory in addition to smaller ones could utilise the rice, cotton, sorghum and groundnuts among other crops produced in the north to reduce unemployment and help improve livelihoods.

Professor Millar explained that for government’s industrialization agenda to succeed, technical universities and vocational training institutions should concentrate in producing students with skills and technological knowhow to feed the industries and avoid competing with legacy universities.

He pleaded with government to consider establishing an inland port at Buipe to provide services for landlocked neighbouring countries such as Burkina Faso, Mali and Niger to take their goods from there.

On peace and security, Professor​​ Millar suggested the establishment of peace building centres in the universities that would invite stakeholders such as traditional rulers and other opinion leaders to lecture and give an insight on how conflict issues were being managed in the communities.

On agriculture, he said agriculture alone would not help develop the north adequately, noting that agriculture and climate change should go hand in hand because each of them had a negative impact on the other​ and advocated the immediate halt of the illegal logging of trees in the north.