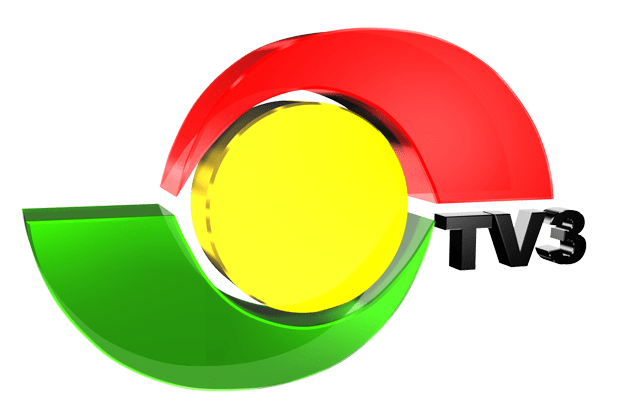 TV3 stands tall in the provision of current, firsthand and detailed information of events, deservedly termed news. I love listening to the TV station because the reporters conscientiously monitor events as and when they occur and then report them thus. I?m particularly impressed by the perfect combination of masculine and feminine voices during each news time, appropriately labelled News 360. Congrats!

Despite the above, the TV station presents a sharp contrast between its written and oral news. The written news becomes visible as the subtitles (the words that appear at the bottom of the screen), while the oral news is what is read by the newscasters. The newscasters have been pronouncing nearly every word accordingly (notable exception being the word vehemently which was mispronounced on 5/10/13). However, the spellings that appear in the subtitles are usually extremely disgusting to see.

I listen to news infrequently. In September 2013, however, the weird spellings prompted me to start compiling them into a dedicated jotter which I hope I?d present to the station at the end of the year. Notable examples and the dates they appeared are ?managment?, ?martime? & begining (30/9/13), measels (1/10/13), afordable, & ?rigrously (1/10/13) and reoccur? (11/10/13). Thereafter, I was discouraged because I detected that they are a norm. Eventually, the spelling ?desipte?, appearing on 29/10/13, forcibly retired me from the compilation. To-date, misspelled words abound in the subtitles of TV3. (I stopped watching Ghanaian films because of such embarrassing spelling errors in their subtitles.)

Though not a spelling problem, the error that triggered this write-up is the word ?metrological? in the expression Ghana ?Metrological? Services/Agency that appeared as a subtitle on 13/04/14. Albeit mispronouncing it, the newscasters used the right word?meteorological. And everybody listening to the news knew exactly what the news item was about?the weather. Indeed, the reporter even interviewed the director of the Ghana Meteorological Agency.

The distinction worth noting is that metrological is derived from METROLOGY, whereas meteorological is derived from METEOROLOGY. These two applied sciences are different. Metrology is the study of measurement but meteorology is the study of the weather. Metrologists study physical quantities such as length, mass, time, speed and work, their units of measure and the instruments for measuring them. The umbrella organization for metrologists is the International System of Units (abbreviated to SI). On the other hand, meteorologists study conditions of the atmosphere such as rainfall, wind direction and speed, humidity and atmospheric pressure. The two terms are thus different and shouldn?t have been interchanged.

The second distinction between the two, which the presenters on the said day failed to make, is the pronunciation. In the word mEteorological, the first ?e?, deliberately capitalized, is a long vowel?it?s pronounced as the ?e? in the word me. In metrology, however, the ?e? is a short vowel as in the word met. Again the presenters needn?t have missed this elementary fact. Their ability to make subtle differences in pronouncing many other seemingly confusing words is why I ask my students to watch news from that station. TV3 must therefore sit up so that we (teachers) can still proudly instruct our students to watch it.

Before leaving the metrology and meteorology issue, I implore all TV presenters, whether at TV3 or at any other stations, to try their best possible to use the right terms to describe everyday things or concepts. A notable example occurred on 1/11/2013. Standing by a rubbish skip (the large metal, open container placed outdoors for garbage), a presenter from TV3 vaguely called it a rubbish container.? A simple crosscheck could have helped. Hmm! Even the sanitary officer at the metropolitan authority who was interviewed on the said day regarding the rubbish skip never knew the correct name either.

As mentioned some few weeks ago in an article titled Is WAEC still using typewriters, I have been wondering how misspelled words such as ?tarriffs? and ?desipte? go unnoticed in this IT age. My wondering originates in computers being designed to either autocorrect such words or underline them with red wavy lines which signal the user to spellcheck. Thus, these misspelled words are simply unpardonable. TV3, you?re not the only victims here; WAEC is included.

Practising teachers such as this writer derive no pleasure in identifying people?s errors; it rather pleases us to point to the errors, drawing the maker?s attention to the cause and how to avoid them in future. Accordingly, I classify all such errors into two?careless errors and generational errors. Errors due to carelessness are those made by people who use computers but fail to spellcheck. In addition to those given above, another typical example is the word ?vapourise? which occurred in WASSCE (Integrated Science 2014 No. 38).

Generational or persistent errors are those that are passed on to us. For example, at schools nearly all of us were taught that a scientist who studies the weather is a meteorologist and teacher would have stressed the pronunciation as ?metiorologist? instead of ?miitiorologist?. (Look this up in your dictionary.) We grew up with it, thinking we knew it and the likes and failing to crosscheck them. I remember how surprised my students, at Cosmos Basic School Form 1, were when I pronounced oesophagus as ?isofagus? (look this up in your dictionary and you?re more likely to be surprised as to why your teacher pronounced it as ?osofagus?).

The heaviest toll of the generational-error syndrome on us is reflected on how we name the footwear used for bathing. Some call them slippers, others bathroom sandals or simply sandals. Our illiterate parents call them ?charlie?. All these names are wrong. They are called flip-flops. The name is onomatopoeic! Look it up in your dictionary.

Generational errors abound in our society. Another example, seen on the fascia of ALL salons, is CORNROLL. The correct word?CORNROWS?refers to the resemblance of the plaited hair with a panoramic or aerial view of a corn (maize) field in which the maize plants in rows or lines resemble the woven hair running in lines from the forehead to the occiput. But because hairdressers roll the wig or hair when making cornrows, they teach their apprentices that the hairstyle is corn roll. These innocent apprentices then pass it on generationally. Learn to crosscheck!

It never ends here. What about the famous mistakes on funeral notices or obituaries? Funeral notices, now being titled What a shock?, not only shock us with information about the unexpected death but also dumbfound us with the non-accommodating grammar. First, lying in state (past tense lay in state and past participle lain in state) is now shockingly replaced with laying in state. Hmm! On behalf of the Queen of England, we refused to accept that. Second, cemetery with three ?e?s is often misspelled as cemetry. Third, interment meaning burial is frequently misspelled as internment (notice the ?n?). These errors too are ever-present in the funeral industry.? Though the computer can correct the second error, only trained eyes and minds can correct the first and the third. Train your eyes and minds accordingly.

To end, I advise teachers and media personnel as follows. The best way to avoid generational errors is relook up every word in the dictionary even if the said word is ?known? to you. Particular attention needs to be given to pronunciation because many words are misused and/or misspelled because they are simply mispronounced. In the article titled Kyebi is headquarters for Galamsey carried by the Daily Post of 15/04 this year, ?potable? referring to water that is safe for drinking is wrongly replaced with ?portable? (easily transported). Also, the word ?digit? and ?digital? both containing a soft ?g? are frequently mispronounced with a hard ?g?. (Soft ?g? is in ginger but hard g is in give, gear and GIMPA).

Teachers in particular need to crosscheck every word or technical term because many of the authors of textbooks copy the text verbatim from the Net (check the pronunciation of verbatim). For example, in the most widely read integrated science books for both JHS and SHS, the word metrological is also wrongly used for meteorological.

African Gov’ts urged to invest in indigenous solutions to drive agenda of transformation.

Accommodation problems in Huni-Valley SHS to be addressed