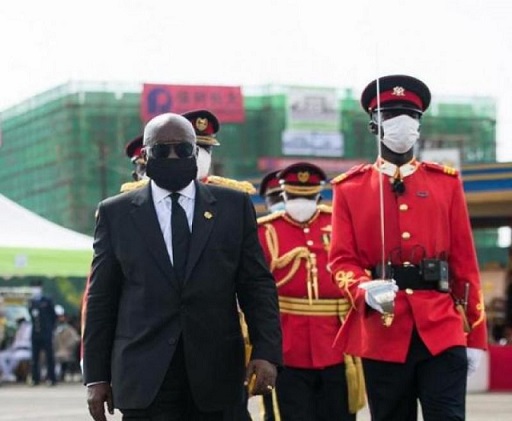 Twelve (12) heads of state and governments in Africa have so far confirmed their participation in the investiture of President-elect, Nana Addo Dankwa Akufo-Addo, and Vice-President-elect, Dr Mahamudu Bawumia on Thursday, January 7,2021.

Other countries to be represented by their Foreign Ministers are Nigeria, The Gambia, India, France and Rwanda.

Other foreign dignitaries that have confirmed their participation include; the United Kingdom’s Minister for Africa, the United States of America’s Special Envoy responsible for the Sahel, President of ECOWAS Commission, Chairperson of the African Union Commission and representatives of the CDU and Allied Parties from Germany.

All foreign delegations attending the ceremony are required to present negative PCR test results conducted 72 hours from country of origin before arriving in Ghana.

Ms Shirley Ayorkor Botchway, the Minister of Foreign Affairs and Regional Integration, and Chairperson of the Inauguration Subcommittee, Presidential Transition Team, announced this at a media briefing in Accra on Tuesday.

This is to update the public on the preparedness of the Committee towards the swearing-in of the President-elect on Thursday, January 7, 2021.

She said the Committee, operating in consonance with the Presidential Transition Act 2012, (Act 845), had been working collaboratively with the leadership of Parliament to ensure a successful ceremony.

In that regard, all invited guests are supposed to be seated by 0945 hours for the ceremony to start at exactly 1100 hours.

Ms Botchway stated that all the necessary security and safety arrangements were being made in accordance with the COVID-19 protocols to safeguard the health and safety of all participants.

Arrangements for courtesy calls and bilateral meetings, she said, had been cratered for and communicated to the respective diplomatic missions in Accra.

Additionally, a Welcome Desk would be set up at the Terminal Three, Kotoka International Airport, which would be manned by a protocol liaison security coordinator.

After the Swearing-in Ceremony all the visiting heads of state and governments would be hosted to a luncheon at the Accra International Conference Centre.

“The arrangements we’re making is aimed at ensuring elegance and at the same time a cost-effective ceremony.”

“If you don’t have an invitation to the ceremony, you can watch it from the comfort of your homes as it will be broadcast live on the state television, GTV, and all major TV and radio stations,” Ms Botchway advised.

He said about 200 media houses would be accredited to provide coverage, however, the Ghana Broadcasting Corporation would provide the main feed from the Chamber of Parliament and all other media outlets were supposed to tap from it.

Mr Hadzide announced that all vehicles were supposed to park at the Black Star Square but a shuttle service would be available to transport guests to the enclave of Parliament.

“No vehicle without an accredited sticker would be allowed to enter the enclave of Parliament on the day of the ceremony,” he said.

About 6,000 security personnel have been detailed to provide security and maintain law and order during the President’s investiture.