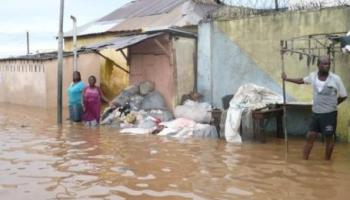 A total of 12 children lost their lives when they were swept away by flash floods, following recent continuous rains at different locations in the Ashanti Region, the National Disaster Management Organization (NADMO) has disclosed.

According to NADMO, the latest incident occurred on Monday, October 28, 2019, at Moshie Zongo in Kumasi, involving an 11-year old girl, who perished in an attempt to cross a bridge on her way back from school in the evening.

Mr. Kwabena Nsenkyire, the Regional Coordinator of NADMO, told the Ghana News Agency (GNA), Kumasi, that the body of the deceased, identified only as Ataa, a twin, when found, had been deposited at the morgue for autopsy.

Roads linking these areas became virtually no-go-area as it became difficult and risky for commuters to cross the flooded streets.

The incident also rendered many people homeless, and in response to this, the Regional Office of NADMO had commenced the distribution of relief items to the displaced persons and their families.

Mr. Nsenkyire cautioned parents to keep an eye on their wards, in view of Meteorological Agency’s predictions of more rains in the coming days.