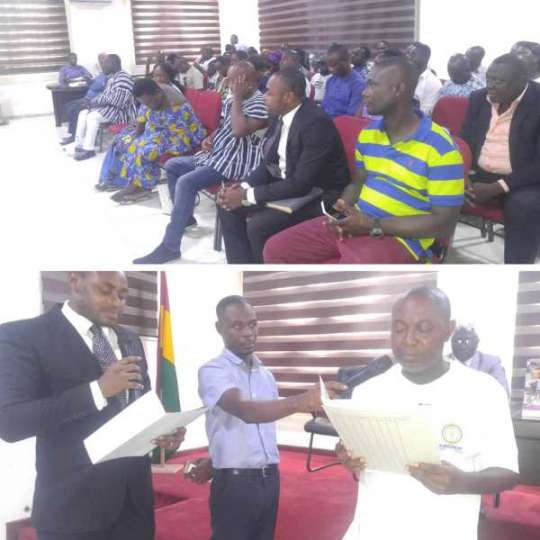 Mr.Patrick Atitiati Osanyomor has been sworn in as the Presiding Member (PM) for the second Assembly of the Tema West Municipal Assembly (TWMA) in the Greater Accra Region.

In a short speech, Mr Osanyornor asked the Assembly Members to rally behind him to facilitate development with the Municipality.

According to him, though the TWMA was a very young Assembly, it hosted many companies and prominent personalities who could help develop the various electoral areas.

Mr Osanyornor, prior to his election as Presiding Member for the TWMA, was a PM for TMA at the time the new Assembly was ceded off in 2018

The Tema West Municipal Assembly has 17 Members out of which 11 are elected and six appointed.

Trees Planted In Tema To Be Assigned To Assembly Members