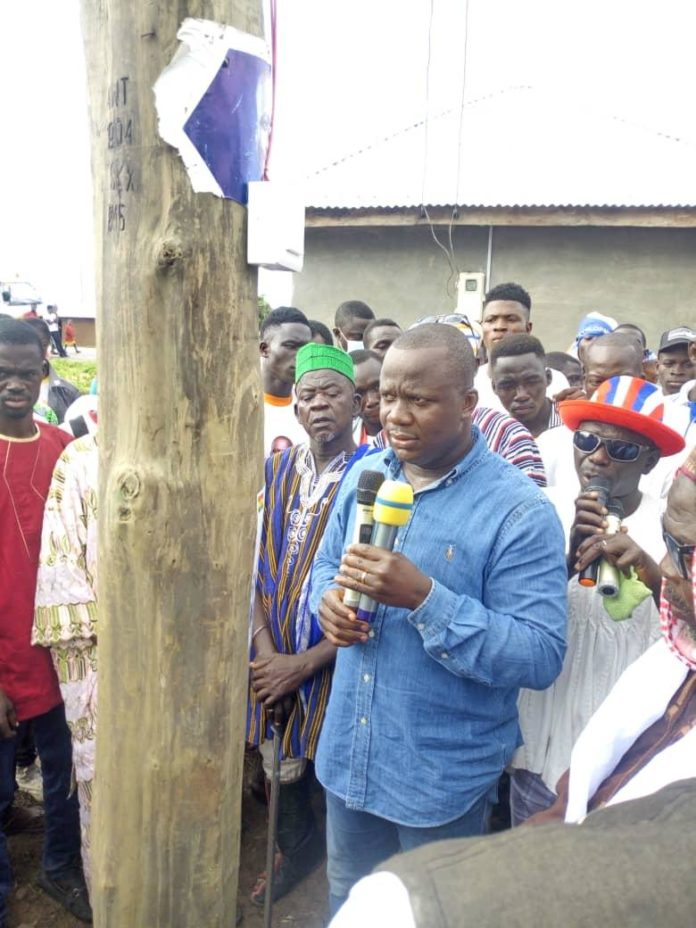 Two communities; Sumpini and Kojokura in the West Gonja Municipality of the Savannah Region have been connected to the national grid under the government’s Rural Electrification Project (REP).

The project, which is part of government’s agenda to connect more communities to electricity across the country, was awarded to a Chinese company, Hunan Engineering Construction Group in November, last year.

The work, which was expected to be completed in five months, however delayed due to the COVID-19 pandemic.

Mr Abu Jimapor, Deputy Chief of Staff and New Patriotic Party’s Parliamentary Nominee for the Damongo Constituency, who inaugurated the project at separate functions in the communities, disclosed that a number of communities in the country had benefited from the same project.

Mr Jinapor said government was working towards extending power to the remaining unserved communities in the municipality and gave the assurance that efforts were being made to procure tractors and inputs to make farming easier and lucrative.

Residents of the beneficiary communities, who are typically farmers, expressed joy at having electricity for the first time after several appeals in the past were unsuccessful.

One of the residents said “We are happy we now have light so we can charge our mobile phones without the stress of moving to other communities.”