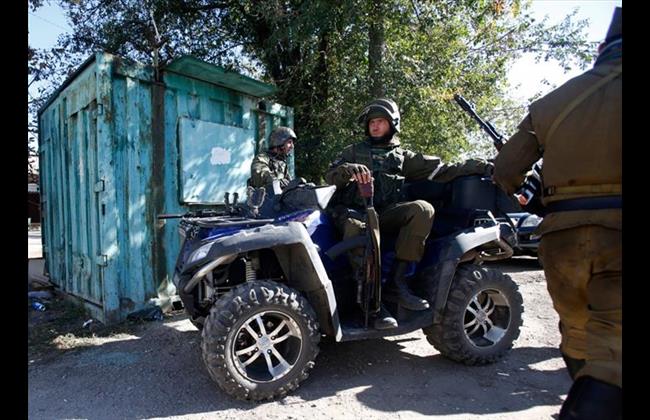 Two drones arrived in Kiev on Monday to help an international mission to monitor the ceasefire in eastern Ukraine, the Organization for Security and Co-operation in Europe (OSCE) said. He added that a total of four drones had been ordered and that the vehicles would be operated by civilian experts from Vienna-based manufacturer Schiebel.

The OSCE, Europe’s largest security watchdog, currently has some 200 unarmed monitors in Ukraine, many of whom are observing the ceasefire between government troops and pro-Russian separatists in the eastern Donetsk and Luhansk regions.

French Defence Minister Jean-Yves Le Drian said late Sunday that France and Germany would send drones to the region to support the mission.

“We will send drones to protect all that, we will help maintain of the ceasefire in the coming days,” he told RTL radio, adding the two countries were in talks with the OSCE on the matter.

Bociurkiw would not comment on reports that Germany is planning to send drones, possibly with armed troops to operate them and protect the OSCE monitors. German Defence Minister Ursula von der Leyen confirmed Saturday that preparations for a mission are ongoing, without providing details.

The OSCE spokesman was adamant that any reinforcements would have to be unarmed, as laid down in the mission’s mandate. Ukrainian government officials made similar comments over the weekend.

The OSCE, whose 57 member states include Russia and the United States, is expanding its mission in Ukraine to 500. The civilian monitors are also observing talks between Russian and Ukrainian officers and rebel commanders to create a buffer zone along the front line.

Later on Monday, US Assistant Secretary of State Victoria Nuland is expected in Kiev for a two-day visit.

Nuland will discuss Washington’s commitment to assist ongoing reforms, the conflict in the east and US support for Ukraine’s territorial integrity with senior Ukrainian government leaders, the State Department said.

She will travel to Berlin on Wednesday for meetings with German government officials.
GNA