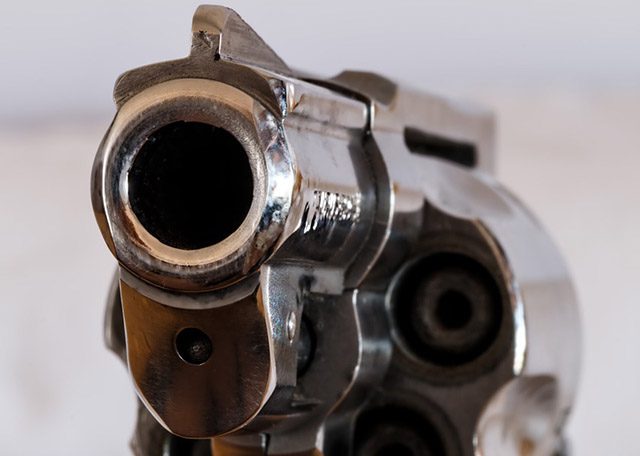 Two persons were on Thursday convicted for unlawfully discharging firearms and abetment of crime by an Accra Circuit Court.

The court presided over by Aboagye Tandoh convicted the two on their own plea and has adjourned the case to March 19 for sentencing.

They are Splendid Samsidim, a Music Producer and Godson Elorm, self-employed.

Initially, the convicts had pleaded not guilty and were granted bail by the court but after few court appearances, they indicated through their lawyer their decision to change their pleas.

Chief Inspector Victor Dosoo told the court that the complainants in the case were Police Officers stationed at Alpha Swat, a unit at the Police Headquarter in Accra.

He said on November 5, 2017, the Alpha Swat two patrol team, were on their usual patrol duties and on reaching a section of the road between Airport and Spintex road, at about 1:30am, they spotted two Hyundai Sonata Saloon cars all white in colour with the occupants, shooting randomly, while driving.

He said the team then signal them to stop but the convicts failed they continued shooting, and sped off at top speed on seeing the Police vehicle.

He said the Police gave them a chase and they were arrested at Chris-Berry Pub area at Baatsona.

The Prosecution said the Police then conducted a search on them and in the car and retrieved one smith and wesson pistol and seven rounds of live ammunitions with one empty shell.

He said when the convicts were sent to the Police station, Police detected that Splendid was once arrested on the similar charges but was warned to desist from such acts.

After investigations the convicts could not furnished the Police with any tangible reasons for their action.