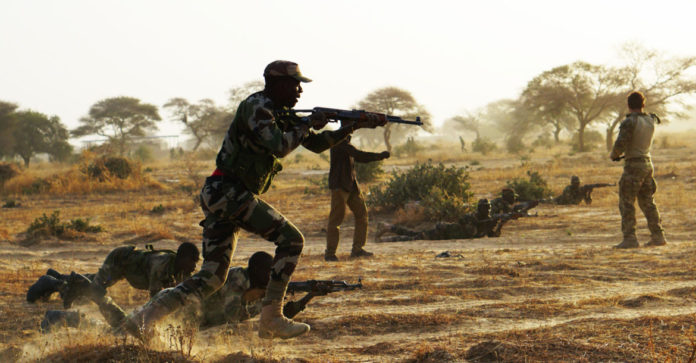 A spokesman for the Nigerian army on Wednesday confirmed that two soldiers were killed by an armed group in the country’s southern state of Imo over the weekend.

In a statement, Onyema Nwachukwu, the army’s spokesman, said the gunmen identified as members of the outlawed Indigenous People of Biafra (IPOB) and its armed affiliate Eastern Security Network (ESN) claimed responsibility for the murder of the two soldiers, who were said to be traveling to Imo for their traditional marriage before their unfortunate demise Saturday.

“Army will ensure the perpetrators of this dastardly act unleashed on its personnel do not go unpunished,” Nwachukwu said, calling on members of the public to provide security agencies with information that will lead to the arrest of these criminals.

The ESN, founded in December 2020, is the paramilitary wing of the proscribed IPOB, seeking to make a group of states in south Nigeria break away and form the independent nation of Biafra.

IPOB was tagged “illegal and amounting to terrorism” in 2017 by a Nigerian high court after a pronouncement by the army. Enditem