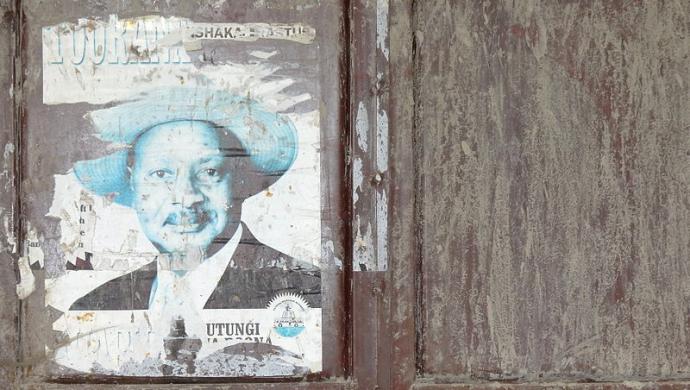 According to Kampala metropolitan police spokesperson Patrick Onyango, Alex Ojobire and Anco Adrabo were arrested at Nakasero in Kampala destroying and holding destroyed posters of the president.

“Destroying campaigning posters is illegal in the country and can cost you much,” Onyango said.

He added that the two were charged with defacing of posters according to the Presidential And Elections Act, sub section 2.

Onyango said the two denied the charges at police and said they were just looking at the torn posters when police arrested them.

Onyango said the two will be taken to court to face the law.

He called upon the public not to remove campaign posters; not even from their building until elections are done.

The penalty for defacing posters if found guilty in the courts of law is serving a year in prison, paying a fine of sh600,000 or both.

Many political aspirants all over the country are complaining of unknown people who deface their posters.

By Lawrence Mulondo, The New Vision