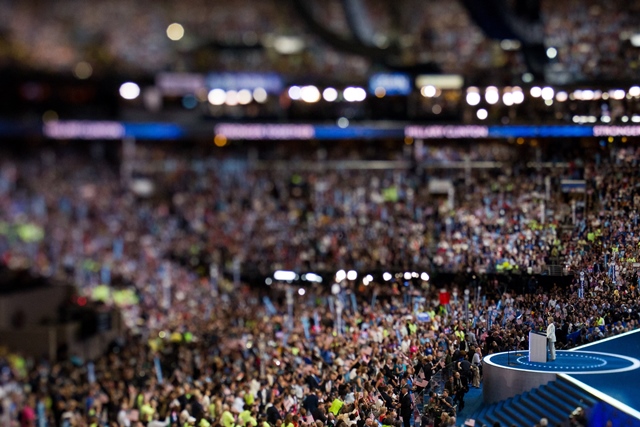 As part of the agenda of the ongoing U.S. Democratic National Convention, delegates of the Democratic Party are expected to approve the party’s platform, introducing the party’s policy stances on major issues facing the nation less than three months ahead of the general election.

Roughly 4,000 convention delegates cast their votes on the platform on Aug. 3-15 remotely due to the coronavirus, which also forced organizers to postpone the four-day convention by a month — now running Monday through Thursday after the rescheduling — and hold it almost entirely virtually.

A declaration of the party’s policy goals, the platform is largely symbolic and its passage is widely anticipated because delegates don’t necessarily have to endorse its contents.

A manifestation of intra-party unity with which Democrats sought to achieve the common goal of unseating incumbent President Donald Trump, the platform touched upon issues that are under heated debate nationwide as the election draws near, including COVID-19 response, economic revival, environment, policing, racial equity, healthcare, among others.

“Make no mistake: President (Donald) Trump’s abject failure to respond forcefully and capably to the Covid-19 pandemic — his failure to lead — makes him responsible for the deaths of tens of thousands of Americans,” said the platform.

Calling on state- and local-level governments to expand funding for public health departments in order for them to conduct sufficient contact tracing, Democrats said in the document that they “support making COVID-19 testing, treatment, and any eventual vaccines free to everyone.”

On economic recovery, the platform referred to the “Buy America” agenda Biden launched in July, a 700-billion-U.S.-dollar plan that aims to salvage the U.S. economy through a domestic-leaning approach to job creation and manufacturing.

By spending 400 billion dollars over three years in purchasing U.S.-based goods and services, and 300 billion dollars in research and development for new technologies and clean-energy initiatives, the Biden proposal is a direct counterprogramming to Trump’s “America First” vision.

On the environment, the platform said Democrats will work to achieve net-zero emissions from greenhouse gasses “no later than 2050,” while promising to eliminate carbon pollution from power plants by 2035 “through technology-neutral standards for clean energy and energy efficiency.”

While the pledge of constructing 60,000 wind turbines and 500 million solar panels further represents the Democrats’ commitment to clean energy, the platform didn’t include the Green New Deal — a bold resolution on fighting climate change introduced by progressive congressional Democrats that calls on the federal government to rid the United States of fossil fuels, drastically curb greenhouse gas emissions across economic sectors, and guarantee new high-paying jobs in clean energy industries.

On policing, changes to which have become urgent in light of the brutal killing of black man George Floyd in the hands of white police in Minneapolis in May, the platform advocated for reducing legal protection for law enforcement, saying the law, for too long, “has shielded police officers who stand accused of heinous violations of civil and human rights.”

It mentioned the need to reduce the power of qualified immunity, yet stopped short of embracing defunding the police, something protesters in the recent Black Lives Matter movement urged but opposed by Biden.

On racial equity, the platform said Democrats will strive for a “new social and economic contract” aimed at “building equity and mobility for the people of color who have been left out and left behind for generations.” They also planned to establish “a national commission to examine the lasting economic effects” of slavery, segregation, and “racially discriminatory federal policies on income, wealth, educational, health, and employment outcomes.”

With respect to health care, the platform vowed to move toward universal health care by advocating for a public option through the Affordable Care Act, while strengthening Medicare, Medicaid and benefits through the Department of Veterans Affairs.

Although the document didn’t give “Medicare for All” — a signature proposal by former Democratic presidential candidate Bernie Sanders that’s also pushed by others in the progressive camp, such as Senator Elizabeth Warren of Massachusetts — its full support, it did say the party “welcomes advocates who want to build on and strengthen the Affordable Care Act and those who support a Medicare for All approach.”

Not all Democrats voted “yes” on the platform, though. Hundreds of Sanders’ delegates signed a petition calling for rejecting the platform when the Platform Committee met on July 27 to discuss amendments, citing the reason that it didn’t support Medicare for All, according to U.S. media reports.

Among those who finally voted “no” on the platform was congresswoman from Michigan, Rashida Tlaib, who nominated Sanders, instead of Biden, for presidential candidate on her DNC ballot. “Today, I cast my DNC ballot and voted NO on the proposed platform,” Tlaib tweeted Saturday.

“I constantly hear from constituents demanding we push for a single-payer system and away from this for-profit system that is leaving people to suffer and die just because they cannot afford health care.” “As a party, we must push for a future where every resident has the ability to thrive,” She continued.

“That means we need a platform that works to rid our society of oppression and greed. Unfortunately, in my view this platform does not do enough.”