After numerous challenges sprang up in his path, including a bitterly divisive election and attempts at recounts in three battleground states, President-elect Donald Trump finally cleared his last hurdle to the White House Monday. 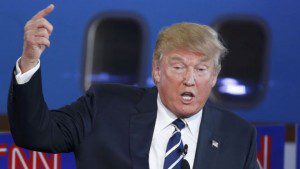 The U.S. Electoral College officially punched his ticket on Monday, submitting and certifying the 270 votes needed to hand him the presidency.

The deal was done when Republican electors from Texas put Trump over the 270-mark on Monday afternoon.

In last month’s election, Trump won 306 electoral votes from 30 states but those votes weren’t officially banked until Monday. Normally, the electoral certification is not a newsworthy event, but the divisive nature of this year’s campaign led some Democratic supporters to lobby members of the college to buck tradition and vote against the controversial billionaire — and the voters of their states — to keep him out of office.

All four who defected from Clinton are from Washington state. Three of them voted for Colin Powell and one for Faith Spotted Eagle — all symbolic votes. The two who defected on Trump were from Texas — and went for Ron Paul and John Kasich.

The six defecting votes are the most since 1808.

It was a longshot movement made more interesting in recent days with intelligence that said the Russian government had tried to sway the election in Trump’s favor.

Fifty-five electors asked last week for an intelligence briefing before they cast their official votes Monday, mainly to learn how much influence Moscow might have played in Trump’s surprise victory. That request was denied.

Each elector must sign six copies that certify their votes on a ballot for president and vice president. Two ballots are taken to the National Archives, one is taken to the president of the Senate, two go to the states’ chief elections officer and one goes to a local judge.

The president of the Senate is Vice President Joe Biden, who will oversee Congress’ electoral vote count on Jan. 6. If no issues arise from voting and a candidate reaches the 270 vote mark, Biden will announce the winner. He will then ask if there are any objections.

So-called “faithless electors” are allowed to vote against the voters in their states, but that’s a rare occurrence. Under some state laws, those electors could be fined, disqualified or replaced. Christopher Suprun, a Republican elector from Texas, said earlier he would not vote for Trump because he said he “shows daily he is not qualified for the office.”

“The election of the next president is not yet a done deal. Electors of conscience can still do the right thing for the good of the country,” Suprun wrote in a op-ed for The New York Times.

By Monday afternoon, though, the deal was done — despite multiple efforts to derail it. Earlier this month, Green Party candidate Jill Stein attempted recount efforts in Pennsylvania, Wisconsin and Michigan — states that could have given Clinton the win. The Wisconsin recount slightly widened Trump’s win and the efforts in Michigan and Pennsylvania were effectively blocked.

The presidential inauguration is scheduled for Jan. 20.
GNA