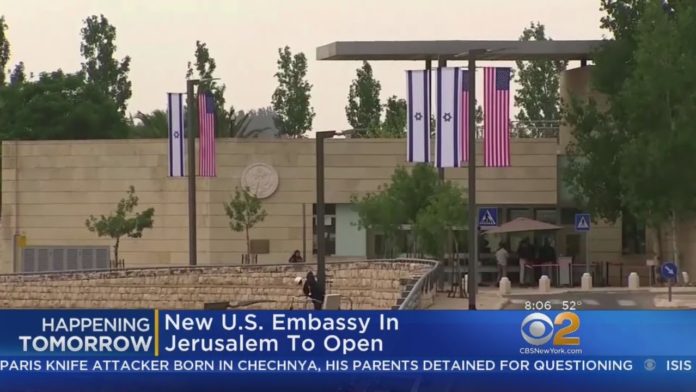 Two Algerian analysts have warned that the U.S. intention to transfer its embassy to Jerusalem on May 14 would possibly pave the way to sparking full-scale war in the region.

Nourredine Bekis, professor with Political Sociology at the University of Algiers, told Xinhua that the U.S. decision is pushing for a climate of tension and congestion that could lead to unexpected confrontations.

Bekis said that “Israel has been working for days to fabricate a kind of clashes by targeting the Iranian forces in Syria to provoke Iran to make reactions and ultimately drive Israel’s allies to this clash.”

He noted that “there are still some components that could play key role in any potential war against Israel and its allies, including the Shiite militias in Iraq, Hezbollah of Lebanon and Houthi militias in Yemen.”

Abdelhamid Cherif, a strategic analyst and also former officer at the Algerian Army, told Xinhua that the issue of transferring the U.S. Embassy to Jerusalem falls within the promises made by U.S. President Trump, who already fulfilled the promise of withdrawing from the Iranian nuclear deal.

“The United States would not dare to take such decisions if there were not conspire from some Arabs, especially the United Arab Emirates (UAE), Saudi Arabia and Bahrain. On the other hand, the U.S. controversial decisions are meant to impose a kind of pressure on the resistance in Syria, as well as on Iran,” he noted. Enditem