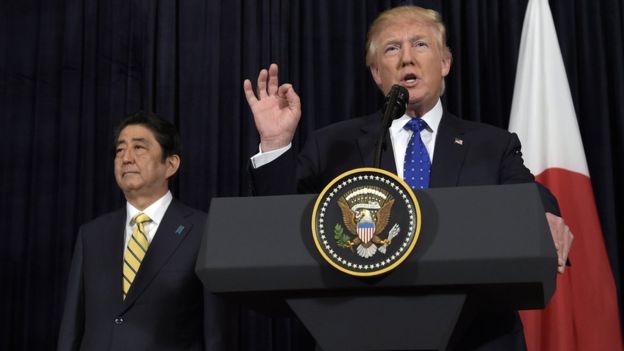 The U.S. House of Representatives passed a spending package late Thursday that would end the partial government shutdown, amid a veto threat from the White House.

The Democrats who control the House passed the bills that would fund the departments of State, Commerce, Agriculture, Labor, Treasury and other agencies through Sept. 30, the end of the current fiscal year.

However, the bills appear to be dead on arrival at Senate amid a veto threat from the White House as they do not provide funding for the construction of President Donald Trump’s long-promised wall along the U.S.-Mexico border.

The White House said ahead of the vote that Trump’s advisors would recommend that the president veto the bill if it does not provide funding for the border wall.

The Democratic package would keep border security funding at 1.3 billion U.S. dollars, providing no additional funding for physical barrier on the southern border.

The largely party-line votes came after Trump made a surprise appearance at the White House briefing room earlier in the day digging in on his border wall.

House Speaker Nancy Pelosi said she’s willing to give “nothing for the wall,” while Senate Majority Leader Mitch McConnell said the Republican-controlled upper chamber won’t consider any bills without the president’s support.

About a quarter of the federal government shut down last month as a result of an impasse between the White House and Congress over whether to provide billions of dollars for the border wall. The partial shutdown entered its 13th day on Thursday.

Trump has invited congressional leaders to the White House on Friday to discuss the stalemate.

With both sides digging in, it’s unclear whether negotiators are even getting close to an agreement. McConnell has suggested the shutdown could last for weeks. Enditem