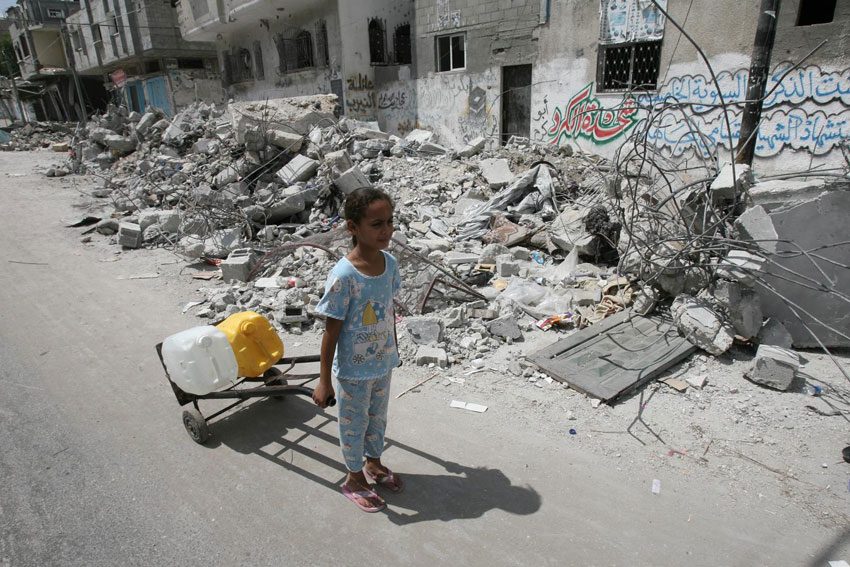 The Palestinian Authority (PA) said on Tuesday that the new U.S. Middle East peace plan, also known as the “Deal of the Century,” aims to establish an isolated Palestinian entity in the Gaza Strip.

“The deal calls for establishing an isolated entity in the Gaza Strip and imposes a full Israeli sovereignty on the West Bank,” the PA Ministry of Foreign Affairs said in an emailed press statement.

The statement said that “the U.S. plan is not more than an Israeli idea with a new American dress that deals with the Palestinian cause as a population problem,” which needs economic relief.

“The American concept of resolving the Palestinian cause basically depends on economic peace that has been rejected by the Palestinian leadership many years ago,” said the statement.

Meanwhile, clashes broke out on Tuesday morning between Palestinian demonstrators and Israeli soldiers east of Jabalia in northern Gaza Strip close to the borders with Israel, according to eyewitnesses. No injuries were reported.

The protests erupted after dozens of young men gathered near the fence of the borders with Israel to demonstrate against the Deal of the Century. Enditem