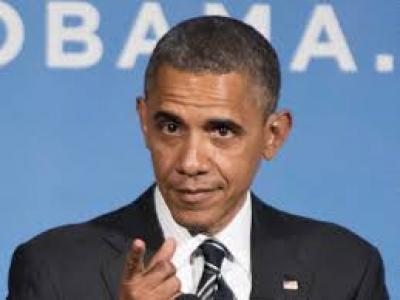 One day after Obama hosted leaders from across Africa, African Americans exploded in rebellion in Ferguson

There have been a series of lawsuits filed against the city of Ferguson charging police misconduct and brutality during the demonstrations in response to the police killing of Michael Brown.

In the federal eastern district of Missouri, so far six plaintiffs have filed legal actions against the authorities in Ferguson and St. Louis County. The litigants are claiming that they were arrested without cause, beaten and verbally abused by both local and county law-enforcement officers.

“This is a blatant example of how police handle African Americans … how it can go terribly, terribly wrong. You have a right to peaceful assembly,” lamented Atty. Reginald Greene who filed the case in the court.

Mass demonstrations organized in the aftermath of the brutal killing of Michael Brown in Ferguson resulted in further acts of law-enforcement misconduct and brutality. The demonstrations demanding justice for Brown were covered nationally and internationally.

Cable News Network (CNN), Al Jazeera America, Press TV, Russia Today (RT), the Guardian in London as well as thousands of other news sources and media agencies reported incessantly on developments in Ferguson. During the course of the protests and rebellion, the media workers also became targets of the local police with the detaining of journalists from several news agencies and the gassing of a camera crew from Al Jazeera.

Another demonstration held on Aug. 30 in Ferguson commemorating the three week anniversary of the killing of Brown, was also covered widely. Thousands gathered to demand that officer Darren Wilson be indicted and arrested in the shooting death of Brown which was witnessed by numerous people in the area.

This demonstration on Aug. 30, was led by the parents of young Michael Brown, Lesley McSpadden and Michael Brown, Sr. In response to the death of Brown on Aug. 9, protests were held throughout the United States.

According to the Associated Press after the initial march on Aug. 30, ?Hours later, hundreds of protesters again gathered in front of the suburban police department and fire station, blocking the road. Fiery speeches by way of speakers mounted to a car gave way to another march, with chants of, ?If we can?t have it, we?re shutting it down.?(Aug. 30)

This same article goes on to point out that ?Some lobbed angry insults at a line of Ferguson officers and state police who stood guard at a taped-off section of the city parking lot, but the numbers of protesters dwindled to double digits by late afternoon.?

Some three weeks later there has still been no indictment or arrest of Darren Wilson. Other militant actions of civil disobedience have also been discussed with the possibility of slowing down traffic on the highways surrounding Ferguson.

Global Impact of the Ferguson Rebellion

The images from Ferguson emanated around the world just days after the U.S.-Africa Summit at the White House and State Department. These developments were covered by the African media and further exposed the maltreatment of African descendants in the U.S.

Several governments, press agencies and even the United Nations Secretary-General Ban Ki-moon spoke out about the excessive use of force in Ferguson. The rebellion highlighted the ongoing character of national oppression in the number-one imperialist nation in the world.

Even the fairly-centrist Brookings Institution based on embassy row in Washington D.C, published a blog written by Prof. Mwangi S. Kimeroyi, a Senior Fellow in Global Economy and Development at the University of Nairobi in Kenya, dealing with the situation in Ferguson and its implications for U.S. foreign policy in Africa. Kimeroyi observed that the rebellion in Ferguson could not have come at a worse time for the administration of President Barack Obama who was utilizing the gathering during Aug. 4-8 to gain a broader and more positive image in Africa of the U.S.

The academic from the East African nation pointed out that ?Coming not long after the successful U.S.-Africa Leader?s Summit held in Washington, the Ferguson incident and the follow-up demonstrations have been rather unfortunate in as far as how Africans view America?in a way questioning America?s standing as a protector of human rights. The hostility towards the United States in regard to its treatment of African Americans has dominated social media with claims that the incident shows that America should not claim leadership when it comes to human rights. Such criticisms by many other countries, including Russia and China, are widespread.? (Aug. 29)

In a newspaper published in Kenya, The Daily Nation, it chastised the U.S. and questioned its image that is promoted abroad as a state which protects the rights of all its residents and citizens.? The editorial stated ?The U.S. is a community fueled by hate. They claim not to be racist yet most of them are racist to the core. Yet they want to dictate and lecture us about human rights.? (Aug. 29)

The Daily Nation went on saying the ?U.S. preaches democracy and good governance all over the world but lo and behold, Ferguson has exposed the preacher who cannot take care of business in his backyard. Has the Kenyan ambassador issued a statement yet? The U.S. must have a coalition government so as to end the violence. It will no longer be business as usual. We will have only necessary contact. Choices have consequences.”

The newspaper was also attempting to mock the government in Washington which has often criticized Kenya for factional political violence surrounding the disputed elections of 2007-2008. There is continued hostility towards the country by the Obama administration which did not support the election of the current President Uhuru Kenyatta, who has a case pending against him and the Deputy-President William Ruto before the International Criminal Court (ICC).

Of course in the People?s Republic of China, which has a decades-long history of criticizing the U.S. for its treatment of African Americans dating back to at least 1963, the state-owned Xinhua news agency wrote in an editorial that “Each country has its own national conditions that might lead to different social problems. Obviously, what the United States needs to do is to concentrate on solving its own problems rather than always pointing fingers at others.” (Aug. 18)

Nonetheless, the most surprising attacks came from newspapers published in Germany, one of the closest allies of Washington. In two centrist publications, scathing editorials were published on the handling of the Ferguson unrest.

Zeit Online, a popular centrist news website, characterized the death of Brown as testament to the deep-rooted racism in the U.S. and surmised that ?the situation of African Americans has barely improved since Martin Luther King.? This same publication went on to keenly observe that the ?dream of a post-racist society, which flared up after the election of [President] Obama, seems further away than ever before.? (Aug. 18)

A similar critique was offered by its more-conservative rival Frankfurter AllgemeineZeitung, one of the most widely-read newspapers in Germany, which opined that the U.S. president had failed miserably in his executive responsibilities: ?It seems like mockery that [Obama] is still called the most powerful man on earth.? (Aug. 18)

As in the period of the Civil Rights and Black Power eras of the 1950s-1970s, it is the struggle of the African American people that has exposed the actual nature of the U.S. political system. The rebellion in Ferguson represents a microcosm of the growing mass sentiment among African Americans, Latinos and other nationally oppressed groups as well as working class people in general.

If the U.S. ruling class does not make fundamental reforms related to burgeoning social problems stemming from the declining capitalist system, more mass political actions and rebellions are bound to occur. The corporations and bank,s which are running the state from Wall Street, have no response to the escalating discontent other than more austerity, political repression and imperialist war. The real solutions must come from the working class and the oppressed and be expressed through their organizations and movements aimed at total liberation and social justice.