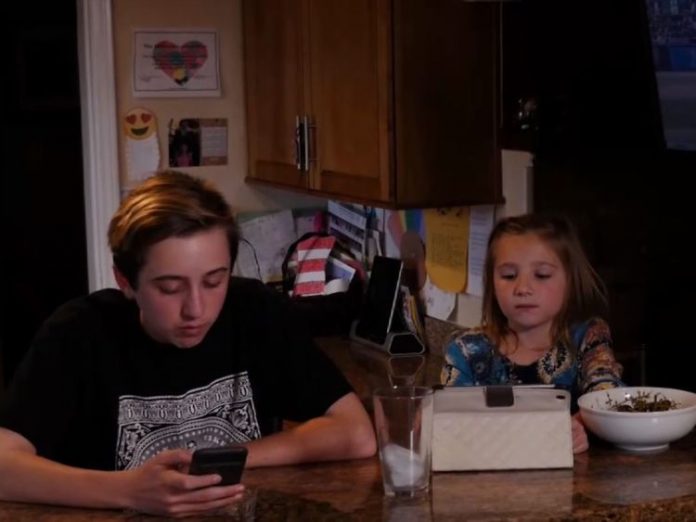 Experts have warned that exposing children to electronic screens leaves them at risk of permanent damage.

The reSTART Life Centre near Seattle is the only treatment unit of its kind in the western world and helps youngsters with addictions to digital technology, including video games.

Its founder Dr Hilarie Cash told Sky News: “When you start handing these devices to young children and they’re distracted by the movement, the colour and sound coming from this device, that is mesmerising enough that it will override all those natural instincts that children actually have for movement and exploration and social interaction.” 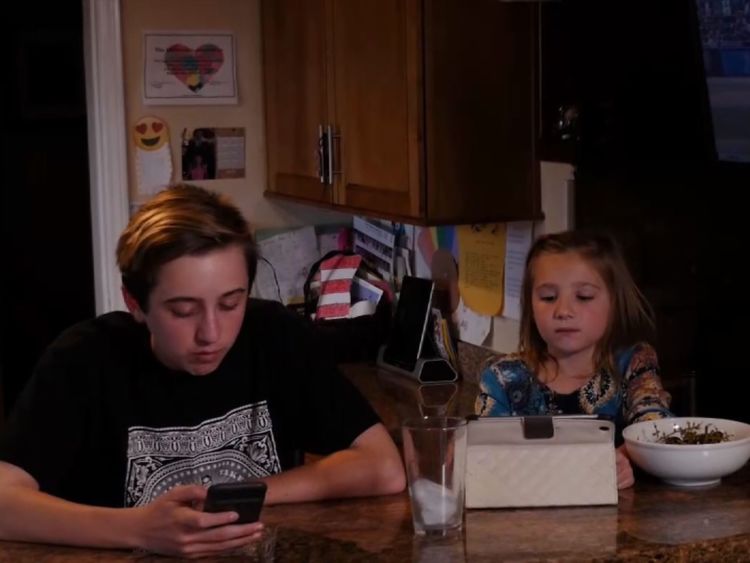 Image: Michael and Sophia Koch can barely eat their meals without a technology fix

She advises people of all ages to restrict their use of devices to certain scheduled times and says families should confront their worries about the increasing influence of technology.

“I think it is really important to come together as a family and talk about tech and how much is good, how much is ok and when does it start to interfere with family relationships, with responsibilities, with sleep, and many other things,” she said.

That advice would be welcomed by the Koch family in Los Angeles. Michael, 14, and Sophia, 7, are dedicated to their phones and tablets to a degree that concerns their parents. 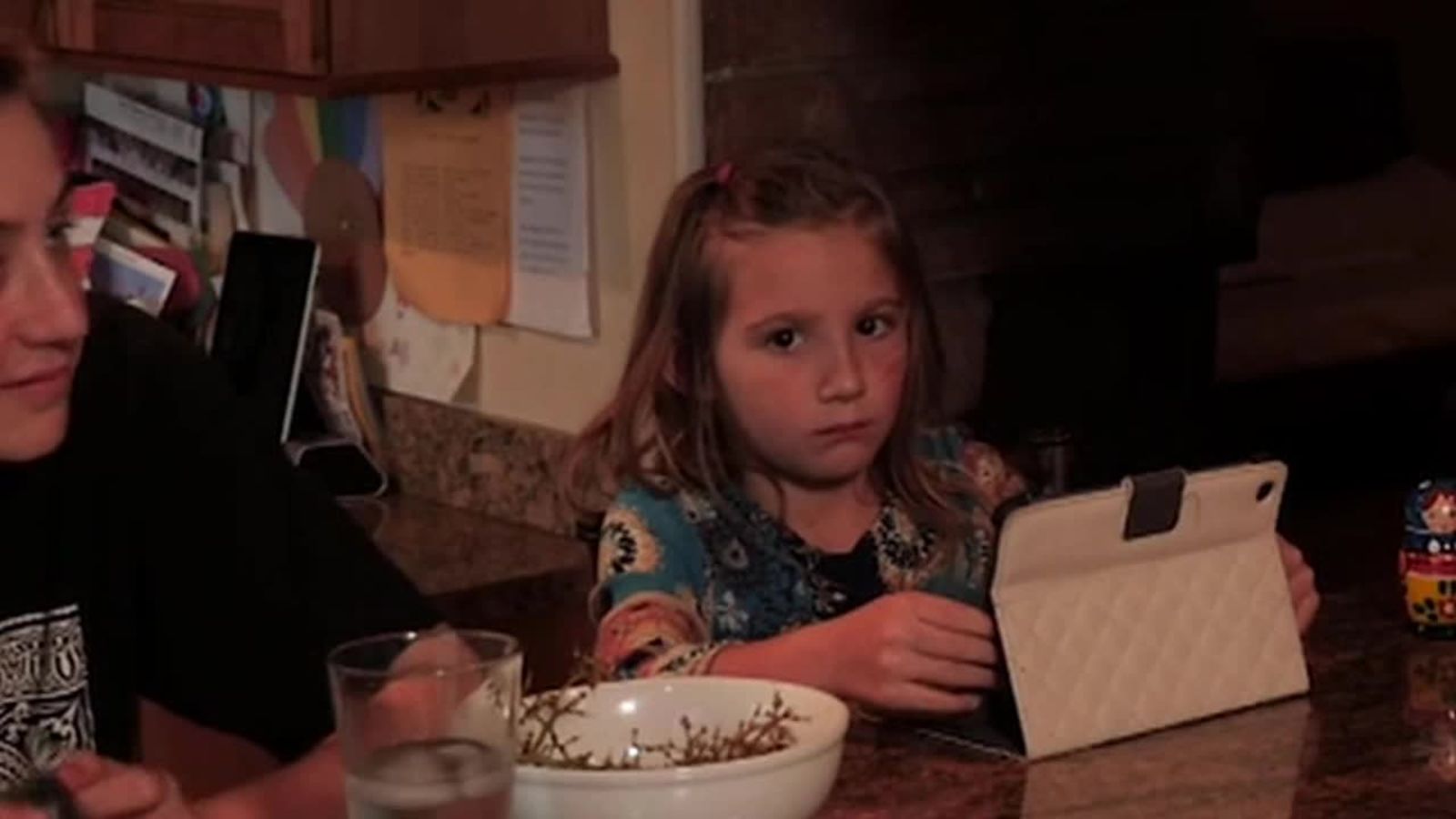 “It has come to the point where that is how you threaten a kid, you take away his data and he freaks out.”

Mum Tammy added: “When I see his reaction it is like he has an addiction. 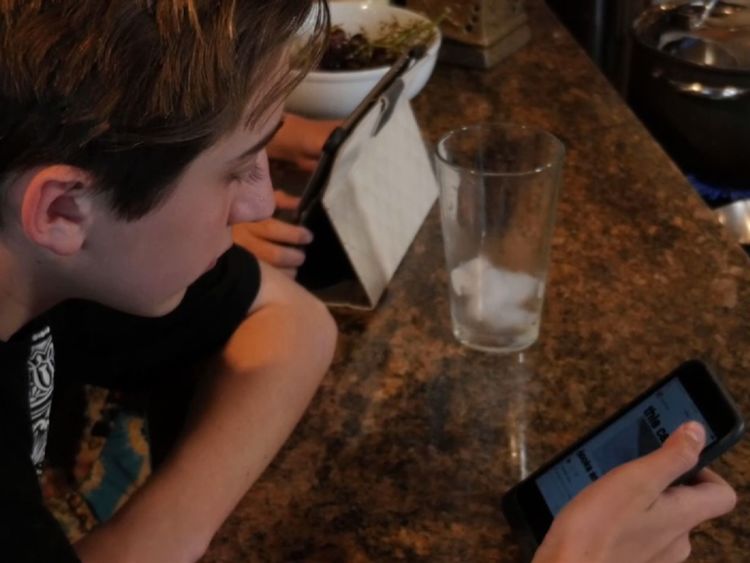 Image:Michael Koch, 14, says he is not a technology addict but he still can’t put his phone down

But they worry that restricting access to technology risks damaging the future career prospects of their children in an increasingly connected world.

Dr Cash, whose centre is a short drive from Microsoft’s home in Redmond in Washington state, said evidence shows people can learn necessary career skills within a year and that tech firms want to employee well-rounded and developed staff.

One of those undergoing treatment at reSTART offered some advice to young people.

Xander, who has been at the centre for four weeks, said: “Go explore the world.

“There is a whole world to see and if you’re staring at a screen it is unhealthy.”

Michael Koch disagrees and believes his generation’s tech use is simply a fact of life: “We grew up with phones, we grew up with technology, we are just born with it.

Children will thrive when supported—CAMFED

Exhibitors, Patrons at “VoltaFair2021” treated to a live snake show

Children with cancer beseech government to enrol treatment onto NHIS