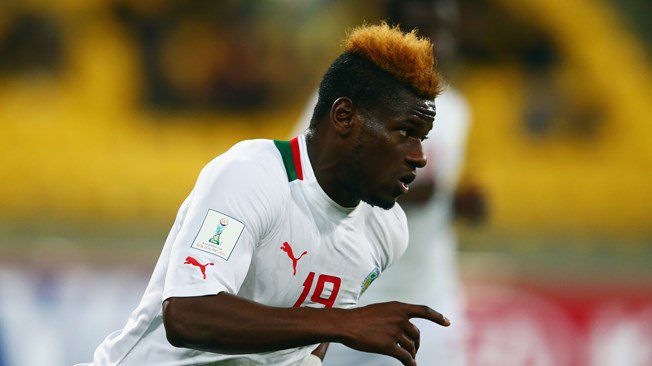 Senegal booked their place in the FIFA U-20 World Cup semi-finals with a 1-0 win over Uzbekistan in Wellington.

After Mali?s victory over Germany earlier in the day, Mamadou Thiam?s strike was enough to see Africa occupy half of the tournament?s final four spots for the first time in a decade after they came out on top in a tight encounter against the Central Asians.

With so much at stake, the game was predictably cagey in the early stages. Both teams were sitting deep, relying on their propensity for the counter attack. Uzbekistan were sitting deep, prepared to wait for their opportunities, nullifying Senegal?s lightning pace.

As a result, the crowd had to wait 21 minutes for the game?s first chance. Zabikhillo Urinboev?s was deflected into the path of Obrokhim Abdullaev, whose effort was straight at Ibrahima Sy.

Senegal went even closer right on half-time as a mistake by Abdullaev let in Alassane Sow, but his shot was tipped over by Dilshod Khamraev.

The West Africans stated the second half stronger and Roger Gomis forced Khamraev into another good save. The Senegal skipper hit a low drive from the edge of the box, but the keeper did well to push away.

As both sides looked for a breakthrough, the game opened up, with Senegal creating the better chances. Thiam and Remi Nassalan were the African?s principle architects and they combined with devastating effect.

A warning shot was fired shortly after the hour mark when Thiam ran down the left and fed his team-mate who fired wide from just 12 yards.

The roles were reversed with greater success 13 minutes from time when a quick counter-attack saw Senegal outnumber Uzbekistan inside the Central Asians? half. Nassalan created even more space with a neat step-over and then picked the perfect past to Thiam who made no mistake.

Senegal now travel to Christchurch to face Brazil, with the prospect of an all-African final still very much alive.