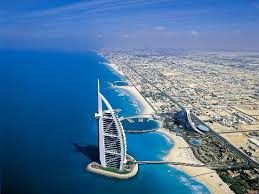 In the survey whose findings were presented in a media briefing, the two Asia countries ranked as the most preferred emerging market countries, in 11th and 12th place, respectively, ahead of the Scandinavian countries, all other BRICS (Brazil, Russia, India, China, South Africa) countries and Singapore. The United States, United Kingdom and Canada led the list.

The survey was released on the occasion of the opening day of the two-day WEF annual meeting of the global future councils, the brain storming session with over to the WEF in Davos.

The survey, organized by the Global Shapers team of the World Economic Forum, surveyed around 20,000 millennials aged 18-35 about a wide range of issues concerning business, the economy, politics, technology and values.

Respondents from 187 countries and territories took part in the survey, with most coming from China, the United States and India.

“The UAE’s appeal lies in the enviable fact that the country is increasingly synonymous with an attitude that nothing is impossible,” said Adeyemi Babington-Ashaye, Head of the Global Shapers Community of the World Economic Forum.

“The UAE combines excellent opportunities for young people and start-ups with a competitive economy and sends a clear signal that, if you want to build the future, come and build it in the UAE.”

As a whole, the Middle East and North Africa (MENA) respondents were among the most optimistic about the future impact of technology on jobs, a factor which may explain the attractiveness of countries in the region such as the UAE, said the WEF in an e-mailed statement. Enditem