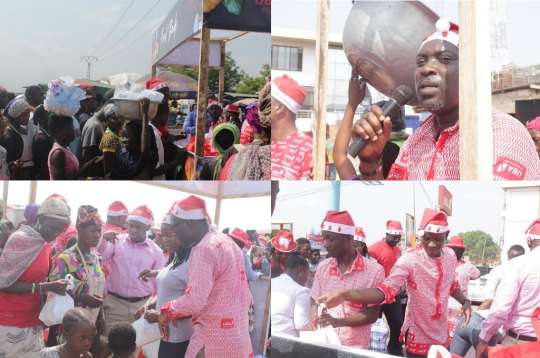 Efo Kwame Dzakpasu, the Head of Marketing and Corporate Communications of UBA Ghana, has said that bank is in the process of expanding its reach to about five extra operational areas in the coming year.

He said the bank had started work on branches in Ashiaman and Kasoa to beef up its physical relationship with customers although it was committed to ensuring that the UBA’s virtual banking products were very active and domineering.

Efo Dzakpasu made this known in an interview on Friday when the UBA Foundation, the bank’s Corporate Social Responsibility (CSR) arm, embarked on an exercise to share packs of food and drinks to people on the streets of Madina.

He said individuals who do not have branches of the bank close to them could access the virtual banking products through the USSD, internet banking, near-by Automated Teller Machines and mobile banking app amongst others.

Efo Dzakpasu said the bank is working on an innovative product, which would stun the country, adding that, with the requisite approval from the Regulator, it would change the face of banking in the country.

On the presentation of foods and drinks to neighbours in the operational area, he said, the Foundation was extending the love of the festive season to the destitute, the ‘Kayeyei’ and those who found it difficult to get something to eat in times like these.

He said as a bank, we don’t only do CSR towards education, but also want extend the UBA food bank to feed 800 people on the streets of Madina and that the exercise was being replicated in all of its 20 operational countries.

Efo Dzakpasu said the bank chose Madina as the first of its food bank outreach in the country due to the huge number of ‘kayeyie’ and street children, noting that the exercise would be extended other operational areas as well.