The University for Development Studies (UDS) has inaugurated a 16-member Local Organising Committee (LOC) to kick-start preparations towards the organisation of the 2018 Ghana Universities Sports Association (GUSA) games. 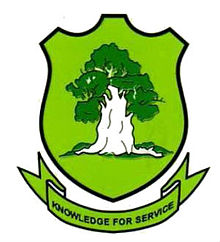 The LOC, which is chaired by Professor Seidu Alhassan, Pro Vice Chancellor of UDS, comprises of members from various departments of the University and will work to effectively organise the next GUSA games scheduled for February, 2018.

The UDS plays host to the 2018 GUSA games, which will feature all the eight public universities competing in various sports disciplines.

Mr Kwesi Nyantakyi, President of Ghana Football Association (GFA), who was the guest of honour at the inauguration of the LOC in Tamale, said people should not consider sports as an area for school drop-outs.

Mr Nyantakyi said “the GFA encourages pupils and students to get involved sports because they do better on the field and are easier to manage than those who do not go to school.”

He appealed tertiary institutions to institute a special admission requirement for students with sports talents to enable them to acquire tertiary education.

Professor Alhassan assured that the LOC would work hard to achieve its target of organising a successful GUSA games in 2018.

He said UDS recognised the importance of sports and had established a Sports Directorate to help promote sports at the University and the country at large.

He appealed to the GFA President to assist the UDS to strengthen its Sports Directorate to ensure success.