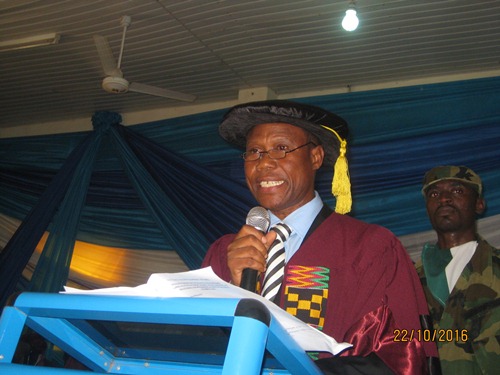 He said the new tenure, which takes effect this academic year, was a decision by the Academic Board of UDS to enable the School of Medicine and Health Sciences run a conventional medical programme as was done in other Medical Schools in other countries.

The Vice Chancellor announced this at the 24th Matriculation at UDS Nyankpala Campus in the Northern Region.

In a speech read on his behalf, Professor Ayum Teye said the development had reduced the number of students admitted for this year academic to the number, which could just to join their colleagues in the Second Year of the Medical Programme.

However, this automatically increases the total number of students, he said.

He stated that the University had also admitted 6,897 qualified applicants into various degree and diploma programmes this year.

He said only 3,136 applicants had registered and they had been reported to the various faculties.

He urged the fresh students to learn very hard to achieve their aims.

He also advised the students to steer away from the operations of the politicians so that they would not be used violence acts during and after the general election.