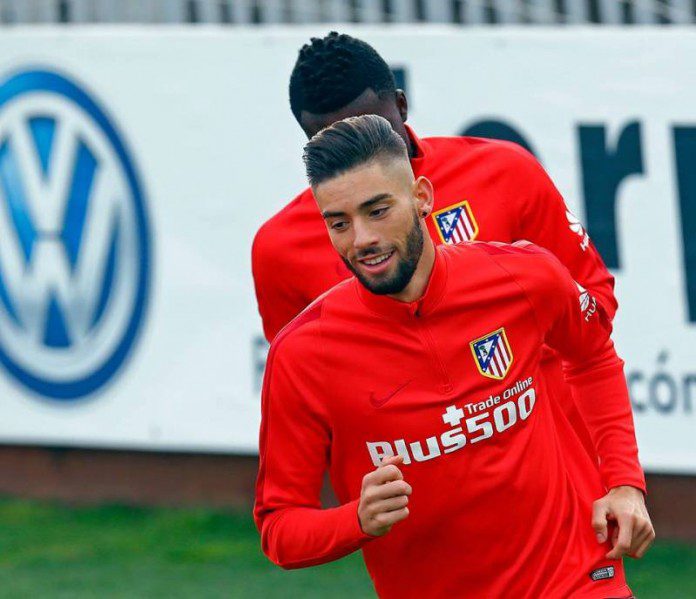 Thomas Teye Partey, behind and training with Atletico Madrid team-mate, watched the game from the bench

Ghanaian youth international Thomas Partey managed to gatecrash the Atletico Madrid squad for their 0-0 stalemate with Kazakhstan side FC Astana in the Uefa Champions League on Tuesday night.

But, striker Patrick Twumasi, who is serving a six-game ban, watched the entire game from the stands at the Astana Arena before 29,000 home fans.

Partey made it into the Atleti 18-man squad for the competition for the first time this season as manager Diego Simeone included him in his squad.

However striker Patrick Twumasi could only watch his team-mates from the stands due to suspension. Twumasi, who made his debut in the lucrative competition this season, will not be able to play any game in the competition for Kazakhstan Premier League title-holders as he has been handed a ban.

His ban stems from an incident during Astana’s preliminary round game with Finish side HJK Helsinki.