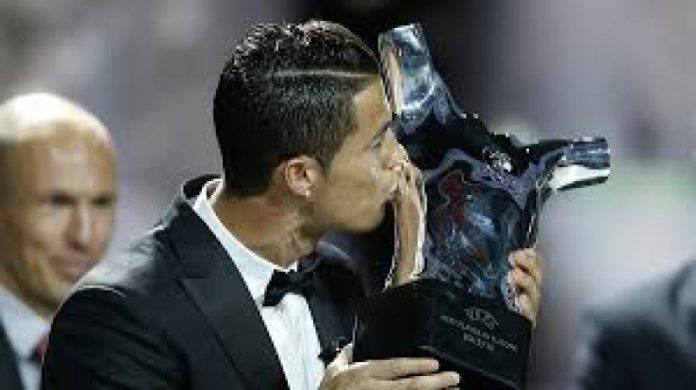 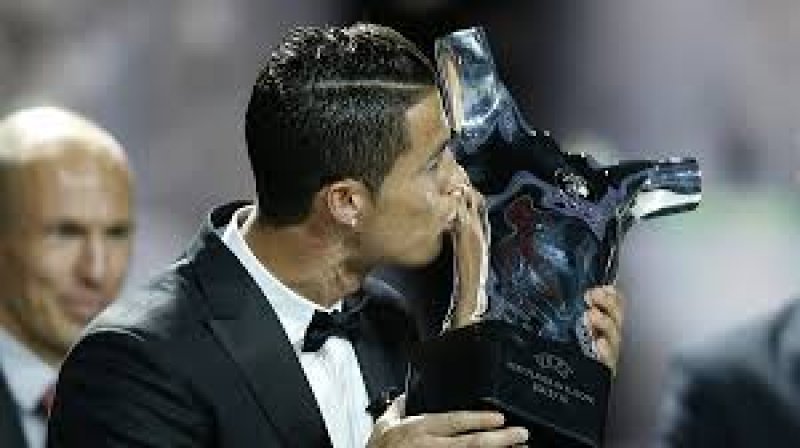 Ronaldo, who won after the 2013-14 season, joined Barcelona star Lionel Messi as the second player to win the award twice.

Ronaldo captained Portugal to glory at Euro 2016, when he was taken off injured during the final, and scored the winning shootout penalty for Real Madrid as they won the Champions League for an 11th time.

“Of course, I feel happy because it was an unbelievable season,” Ronaldo said. “But it wouldn’t be fair if I didn’t mention these two amazing players [Bale and Griezmann].

Griezmann, I am sorry for your loss to Portugal in the final, but you are an amazing player. It was an unbelievable season.”

France international Griezmann suffered at the hands of Bale and Ronaldo as his Atletico side were beaten in the Champions League final, missing a penalty in normal time, but was top scorer at Euro 2016 with six goals as hosts France reached the final.

Journalists from each of UEFA’s 55 member associations provided an initial list of their five best players, with the 10 gaining most points advancing to a second vote to determine the final three.

Asked what his biggest dream as a kid was, Ronaldo said: “It was to be a football player and have success in football. Dreams come true.”