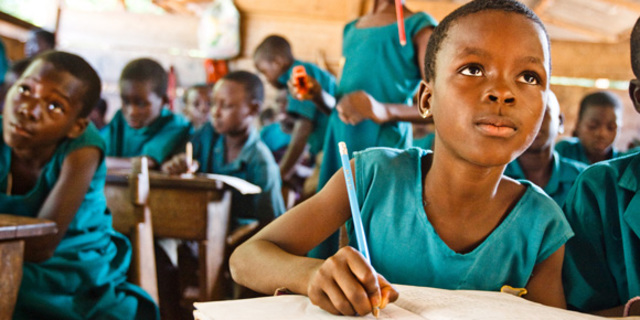 The Upper East Region has marked this year’s International Day of the Girl-Child with a call on all stakeholders to collaborate and fight negative cultural practices that debase women and children.

Cultural practices such as child and forced marriage, female genital mutilation, domestic violence and abuse of women are still going on and need to be stopped.

Mr Rockson Bukari, the Regional Minister, who made the call in Bolgatanga at the celebration of the Day, stated that, it was regrettable that the Region recorded the highest number of Child Marriages, including teenage pregnancies.

He said one of the measures that could be adopted to tackle the menace of child marriage and harmful cultural practices affecting the girl -child was through investing in the adolescent girl’s education.

The Regional Minister, therefore urged parents to take advantage of the Free Senior High School Programme introduced by Government, to ensure that Girls benefited from it to help break the discrimination and dehumanization against females.

He further called on other development actors to complement government’s effort of ensuring that many adolescent girls attended school and complete at an appreciable level to equip them contribute to national development, stressing that, “education is one of the surest ways females can rub shoulders with their male counterparts”

The Acting Director of the Department of Gender, Mr James Twene, said lack of access to quality education and medical care, sexual abuse, child marriage and peer pressure were among some of the major challenges confronting adolescent girls and called for a multi-sectorial approach to overcome the phenomenon.

He said although the empowerment of Girls and women starts with quality education, it must include the creation of a convenient environment for learning and also to feel safe while in school.

“It is an undeniable fact that educated women tend to be healthier, participate more in the formal market , earn higher incomes, have fewer children , marry at late age, and get better healthcare and education for their children”, the Acting Director told the gathering.

The Upper East Regional Director of Department of Children, Mrs Georgina Aberese-Ako, expressed concern at the high rate of teenage pregnancies, Female Genital Mutilation, child trafficking and child labour, among others in the region, and urged all stakeholders to join in the fight against the canker.

The day is celebrated annually on October 11, to highlight issues concerning gender inequalities.

The event was organized by the Department of Gender, under the auspices of the Ministry of Gender Children and Child Protection, with support from the United Nations Population Fund (UNFPA).

It attracted stakeholders, including the National Commission for Civic Education, the National Youth Authority, Commission of Human Rights and Administrative Justice, Religious and Traditional leaders, students’ from second cycle institutions and pupils at the basic school levels and parents among others.

Ghana: One million children still out of school – EduWatch

The BAC Group marks First Anniversary of its operations