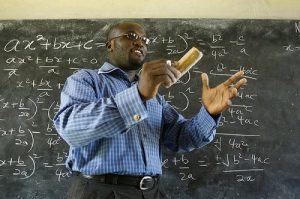 Ugandan President Yoweri Museveni on Sunday announced the closure of schools and places of worship following the upsurge of COVID-19 cases as the east African country faces the second wave of the pandemic.

Museveni in a televised address said all churches and mosques in the country will be closed for 42 days. “Communal prayers will be suspended for 42 days,” said Museveni. He said public gatherings have been banned for 42 days, except the Cabinet, Parliamentary meetings.

“Marriage ceremonies, parties and all other social gatherings are only allowed with a maximum of 20 people under strict observance of standard operating procedures,” said Museveni. “House parties are strictly banned and this must be enforced without fail,” he said.

President Museveni also directed the immediate closure of schools for 42 days, effective on June 7 at 8 A.M. local time. “All schools should close by tomorrow (Monday). All teachers to get fully vaccinated or they shall not be allowed to teach,” said Museveni.

He said the country has experienced an increased number of clusters of infections in schools since March, with a total of 948 reported cases in 43 schools from 22 districts. “We believe this number is much higher, only that most schools are not reporting,” said Museveni.

“The high number of infections in schools is largely attributed to poor compliance to SOPs (Standard Operating Procedures), inadequate sanitation facilities and overcrowding in some schools,” he said.Uganda last year closed schools due to the COVID-19 pandemic but later reopened them in a phased manner.

Uganda’s Ministry of health recently announced that the country was facing the second wave of the pandemic.As of Sunday, Uganda had registered 52,935 COVID-19 cases, with 47,760 recoveries and 383 deaths since the first case was reported in March, 2020.