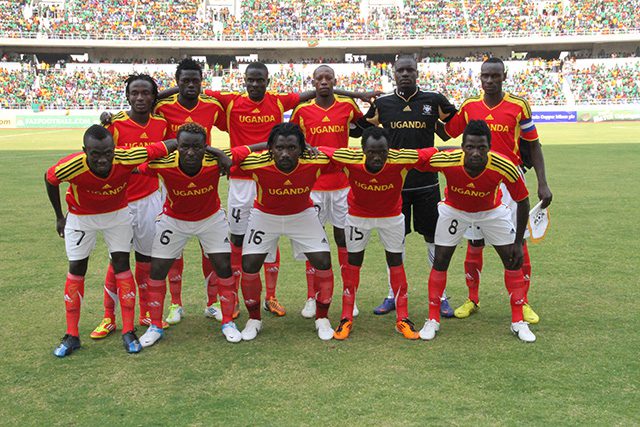 But that will come with a lot of hard work from every member of the team.

?We are good enough to beat Botswana.

But we will have to work for the win. Although their best players are based in South Africa, they are a decent side,? Onyango told New Vision after joining the rest of the team for training.

Onyango has grown in stature with the national side over the last ten years, during which he has endured heartbreak at the final hurdle, most notably in the last three campaigns.

But with Uganda drawing easy opposition in Botswana, Comoros and Burkina Faso, this time, there is enough to suggest that Uganda?s qualification drought might end in the 2017 edition.

?We will not leave any stone unturned this time. Our group is competitive but playable. We just need to take every match as it comes as we have learnt that it?s not the way you start but the way you finish,? Micho told New Vision in the aftermath of the draw a couple of months back.

The 2017 qualifiers will have 13 groups, each with four teams. The group winners and two best overall runner-ups will qualify for the tournament.

Uganda will launch her campaign against a Botswana side that they humbled 3-1 in an international friendly match away in Gaborone in 2013 before playing away in Comoros.

If Cranes claim maximum points from these first two fixtures, all Cranes will need to do is secure three points from their double header against Burkina Faso in March and win any of their last two games against Botswana or Comoros to qualify.

Of course that remains an ?if?, and many will remain sceptical understandably so considering that Cranes needed a win from their two games against Angola and Kenya in 2011 to qualify and still failed. They could not even qualify in the shoot-out against Zambia in 2012.

But then again, if Cranes cannot qualify in a group that has Burkina Faso, Botswana and Comoros, then surely, there must be a problem.