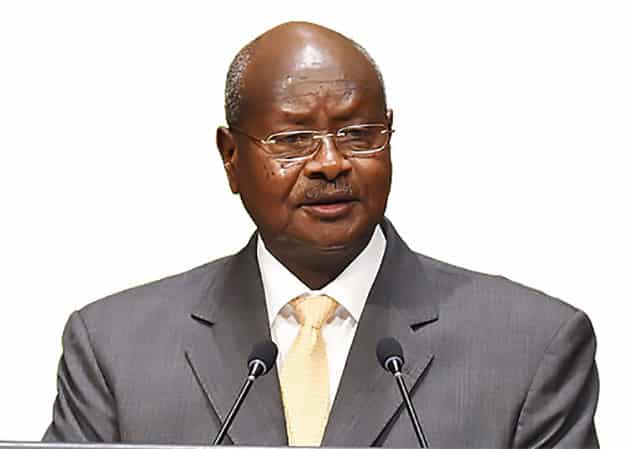 Tanga Odoi, chairperson of the NRM Electoral Commission, told reporters on Monday that Museveni picked the forms through his lawyers.

“The only person who picked forms for the presidential candidate were the personal lawyers of President Museveni,” Odoi said.

Odoi said the lawyers also picked nomination forms for Museveni to run for the chairmanship of the party.

He said Museveni has paid the mandatory 20 million shillings (about 5,400 U.S. dollars) as nomination fees for both positions.

The ruling party recently rolled out its election roadmap, where it said party members would line up behind a candidate of their choice to select party flagbearers for the general elections.

Museveni came into power in 1986 after winning a five-year guerrilla rebellion.

He is seeking re-election after winning polls for five consecutive terms since 1995.

Uganda will go to the polls early next year. Enditem