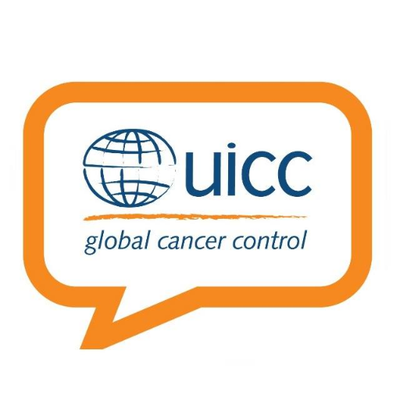 The Union for International Cancer Control (UICC) has announced the names of the three nominees shortlisted for its inaugural Outstanding Contribution to Cancer Control Award.

They are:
Professor Ian Hector Frazer,whose pioneering work with the late Professor Jian Zhou to create the technology behind the human papillomavirus vaccine was a critical step in the ongoing battle to eradicate cervical cancer.

He has also ensured the health sector has the resources it needs to speed up implementation of Zambia’s national cancer strategy.

He also made Uruguay an example to follow in the area of smoking cessation at both regional and international levels, and played a major role in Uruguay’s victory against Philipp Morris International in court in 2016 to ensure the health risks associated with smoking were visible on cigarette packaging. President Vázquez was named Public Health Hero of the Americas, by the Pan American Health Organization/World Health Organization in 2018

“We received many excellent nominations from around the world”, said HRH Princess Dina Mired of Jordan, UICC president and a member of the panel of judges.

“It is impressive to see that the cancer community includes such dedicated and forward-thinking people who are willing and able to take the fight against cancer to the next level. Our three shortlisted nominees have distinguished themselves through true excellence in this field, and their work has had a positive impact on millions of people worldwide.”

The three finalists were chosen from a pool of 28 candidates by a panel composed of 16 members of the UICC Board*. They will be honoured at the next World Cancer Leaders’ Summit (WCLS), to be held from 15 to 17 October 2019 in Nur-Sultan, Kazakhstan.

The WCLS is UICC’s major annual high-level policy meeting dedicated exclusively to furthering global cancer control. The final winner will be announced at a special ceremony on 15 October.

About the Outstanding Contribution to Cancer Control Award

Building on the success of the UICC member awards launched at the 2018 World Cancer Congress, UICC has now created the Outstanding Contribution to Cancer Control Award.

This annual distinction will recognise and celebrate the outstanding work of individuals whose efforts have contributed to advancing cancer care and control.

The new award will be presented for the first time at the 2019 World Cancer Leaders’ Summit (WCLS) in Nur-Sultan, the newly renamed capital of Kazakhstan. In keeping with the theme of the 2019 WCLS, the focus of this year’s Outstanding Contribution to Cancer Control Award is on cancer and universal health coverage.

About the Union for International Cancer Control (UICC)

The Union for International Cancer Control (UICC) is the largest and oldest international cancer-fighting organisation. Founded in Geneva in 1933, UICC has over 1,100 member organisations in 170 countries. It enjoys consultative status with the United Nations Economic and Social Council (ECOSOC) and has official relations with the World Health Organization (WHO), the International Agency for Research on Cancer (IARC), the International Atomic Energy Agency (IAEA) and the United Nations Office on Drugs and Crime (UNODC). UICC has over 50 partners, including associations, companies and foundations committed to the fight against cancer. UICC is a founding member of the NCD Alliance, the City Cancer Challenge Foundation, the McCabe Centre for Law & Cancer and the International Cancer Control Partnership (ICCP).

UICC’s mission is to both unite and support the cancer community in its efforts to reduce the global cancer burden, promote greater equity and ensure that cancer control remains a priority on the global health and development agenda. It pursues these goals by bringing together global leaders through innovative and far-reaching cancer-control events and initiatives, building capacities to meet regional needs and developing awareness campaigns.

More information is available at www.uicc.org