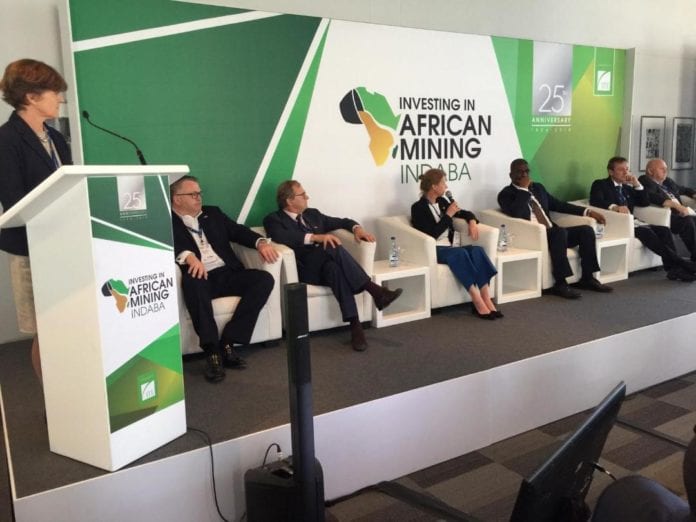 The United Kingdom (UK) is using over 150 years of mining heritage to secure sustainable economic development in Africa for the next 150 years and beyond.

A statement issued by the British High Commission in Accra and copied to the Ghana News Agency said on the 6th of February, visitors to the biggest mining conference in Africa, Mining Indaba, were invited to an industry dialogue between key figures in mining, agriculture, finance and government, at a panel discussion hosted by the UK’s Department for International Trade.

It said the objective of the discussion was on the importance of forging a holistic, responsible approach to mining; delivering mutual stakeholder value with particular focus on sustainable mining ecosystems which serve both business and communities.

It noted that an example of a specific project in Guinea illustrated how this type of approach could foster wider, sustainable infrastructure development during the discussion.

Mr Martin Kent, the UK Deputy Trade Commissioner for Africa said: “The panel today reinforced the UK’s leading position as Africa’s responsible mining partner of choice. It was an incredibly rich discussion illustrating the breadth of British expertise and our commitment to delivering partnerships and genuine collaboration”.

Madam Howard said: “It was really encouraging to facilitate a conversation with socio-economic issues central in helping avoid conflict with land users, but also central in evolving sustainable agricultural development.”

“The pragmatism and realism of the panel was refreshing, its vital projects are commercially viable. Projects that don’t work economically don’t work socially”.

The statement said the discussion was attended by almost 200 guests, including Dr Morie Manyeh, Sierra Leonean Minister of Mineral Resources; Mr Nigel Casey, the British High Commissioner to South Africa; Professor Patrick Agbesinyale Acting Chief Director for the Ministry of Lands and Natural Resources Ghana, as well as a wide array of private sector businesses in the mining supply chain.

It said the UK had a 150 year mining heritage, a strong supply chain supporting the mining lifecycle and is known globally as a leading source of mining finance with London the prime location for raising capital.

It noted that the UK was also home to a large number of professional service providers, delivering a wide variety of expertise to mine owners, governments, investors and the world’s most well-renowned institutions supporting the development and implementation of international standards.

British companies have a world-class capability in assessing the social and environmental impacts of mining through stakeholder analysis.

It said this work informs strategies that create long-term economic prosperity while protecting biodiversity, ecosystems and the environment.

It said along with a strong policy and governance framework, clear human rights policies are an essential requirement of investors and capital markets throughout the mining lifecycle.

British corporate governance experts can help manage stakeholder relations and provide effective communication of what a mine will deliver at the local, regional and national level.

Madam Kate Rudd, Director Energy and Mining for the UK Department for International Trade (DIT) Africa said: “responsible mining is the only option for long term success and the mitigation of long term risks. Whilst there may be a time and cost implication at the outset, the return on investment is unquestionable.

“I believe the UK is best placed to drive this conversation and convene responsible actors who reflect our values making the UK the responsible partner of choice in Africa”.

“The DIT offers expertise and contacts through its extensive network of specialists in the UK, and in British diplomatic missions around the world. We provide companies with the tools they require to be competitive on the world stage.”