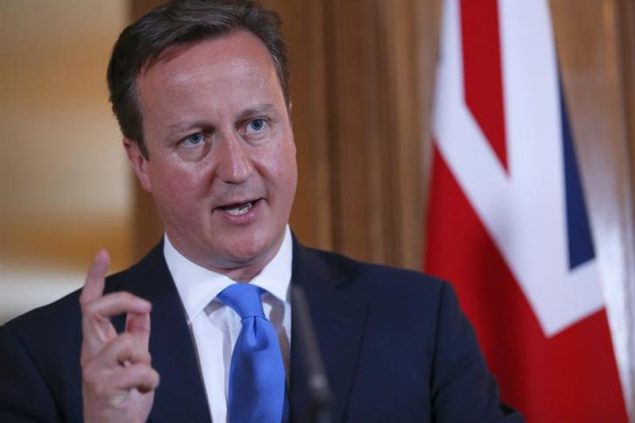 This is coming ahead of the 2016 crucial general elections in Ghana.

These letters, according to Echo, have been written in response to a petition by some concerned Ghanaians in Britain who have expressed grave concerns about potential electoral violence in this year’s election.

It had been rumoured that the concerned Ghanaians had submitted a petition to the Prime Minister on 6th November 2015, after a peaceful demonstration at the forecourt of the seat of government, 10 Downing Street.

Some newspapers including news websites have rumored that Cameron, the British Prime Minister, received the petition and directed the Foreign and Commonwealth Office to respond to the petitioners and to state the official position of the British Government on the subject matter.

They claimed that a letter carrying the British government’s response which the Echo has seen is authored by Vicki Morley.

The letter states: “Thank you for your letter of 6 November to the Prime Minister, regarding voter registration in the build-up to the December 2016 General and Presidential elections in Ghana. I am replying as the Foreign & Commonwealth Office Desk Officer for Ghana.” it was alleged.

The letter, which was signed by Ms Morley, was addressed to the coordinator of the concerned Ghanaians in the UK, Mr. Damoa, suggesting that by the British government’s independent assessment, Ghana’s current Electoral Register is not fit for the 2016 presidential and parliamentary elections.

According to the said letter, the British government and Commonwealth Office said, “[“We] are fully aware of the concerns regarding the electoral register. We note that the average population percentage in Ghana of those eligible to vote is approximately 52%, which is 10% higher than the continental average.”

The Echo newspaper rumoured that its understanding of the British Government’s assessment is based on a voter population of 13,628,817 and that this is the total number of registered voters recorded by Ghana’s electoral commission for 2012 presidential and parliamentary elections.

The 10% equates to 1,362,882 which, according to the British government is above continental average. it said.

NDF Message On The Current Violence In Northern Ghana

Current power situation in Ghana. Facts every consumer should know

Is the the current SSNIT Pension scheme sustainable?