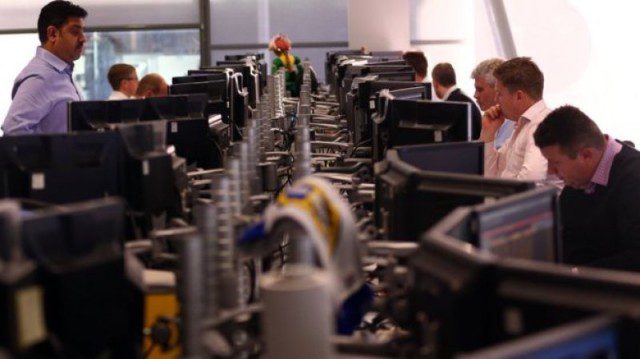 The UK unemployment rate fell to the lowest for nearly 10 years at 5.2% in the three months to October.

It was the lowest jobless rate since the three-month period to January 2006, according to the Office for National Statistics (ONS).

Joblessness had been expected to remain at 5.3%, where it was a month ago, according to a poll of economists by news agency Reuters.

The figures also show EU citizens working in the UK increased by 324,000 to 2.02 million, whereas workers who were neither EU nationals or Britons were “little changed” at 1.20 million.

The jobless rate a year ago was 6%.
Sluggish pay increases

The pay of workers grew at its slowest rate since the January to March period, in spite of the unemployment dip.

“Earnings continue to grow in real terms, although at a slower rate than we have seen in recent months,” ONS statistician David Freeman said.

Bank of England Governor Mark Carney has said he would like to see earnings growth above 3% a year before he would increase interest rates.

“The employment rate is at its highest ever level, the unemployment rate is down to its lowest since well before the crash at 5.2%, and youth unemployment – always a tricky problem to solve – continues to fall impressively,” said Michael Martins, economic analyst at the Institute of Directors.

“All of this indicates we are closing in on full employment.”

“What this means for wages and inflation over the next 12 months, however, is less clear. In theory, a tightening labour market should mean wage rises. This is the trend we saw throughout 2015. But wage growth has outpaced productivity for much of this year, and in the last few months pay increases have trailed off.”

A interest rate decision is expected from the US central bank, the Federal Reserve, later on Wednesday.

“It is a foregone conclusion that the Fed is going to raise rates,” said Kully Samra, a managing director at US investment manager Charles Schwab.

The number of hours worked per week topped one billion for the first time, the ONS said. This was a consequence of more people in work, “as average weekly hours per person are fairly stable,” said Mr Freeman of the ONS.