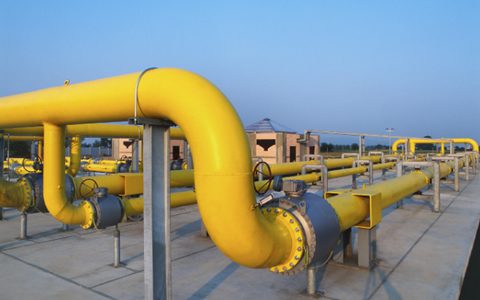 “Naftogaz has contracted 1 billion cubic meters of gas for April … which is about 33 million cubic meters of gas to be transferred daily to Ukraine,” Novak said in a interview broadcasted on TV.
The minister added that Russia has already supplied about 400 million cubic meters of gas to Donbass since Feb. 19, a day after Kiev cut off the gas supplies to eastern regions because of ” critical damage” of the gas pipelines.
According to Novak, the supply to Donbass would continue, while payment negotiations are underway between Gazprom and Naftogaz as Kiev refused to pay the extra bills.
Meanwhile, Novak noted that some 11 to 12 billion cubic meters of gas is supposed to be bought by Ukraine this summer and stored for next winter, while details would be settled in the future at tripartite meetings between Russia, Ukraine and the European Union.
The gas delivery contract between the two firms was renewed on Thursday. The final price for gas supplies was set at 247.18 dollars per 1,000 cubic meters, which is valid till the end of the second quarter of this year.
Prime Minister Dmitry Medvedev signed a decree on Wednesday to extend the gas discount provided to Ukraine for three months until June 30.
The discount of no more than 100 U.S. dollars per 1,000 cubic meters of Russian gas is “a mutual(ly) beneficial deal”, Interfax news agency quoted Novak as saying. Enditem

Producer Price Inflation rate for April at 31.2 per cent year-on-year