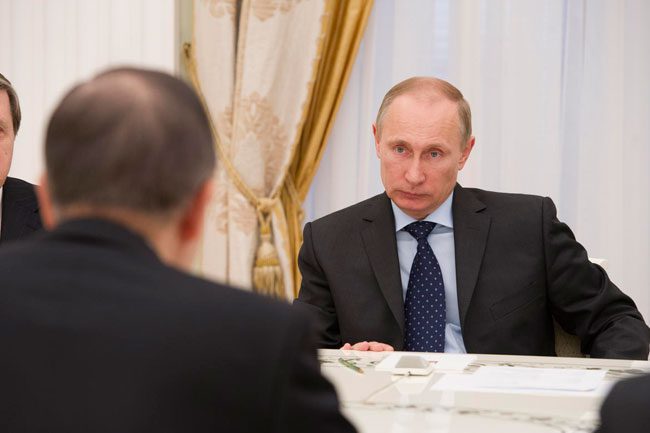 “We are worried a bit that the OSCE observers are not monitoring the withdrawal of heavy hardware, which is being conducted by the militia at least,” Lavrov told the visiting President of the French Senate Gerard Larcher.
Lavrov said Moscow would prompt the OSCE presidency to instruct the chiefs of the special mission in Ukraine to monitor and verify the pullback of heavy armaments from the contact line.
He said that the monitor process should be carried out impartially to prevent the disruption of the Minsk agreements.
“A lot depends now on a honest, impartial and unbiased approach of the monitors, who should record the developments in the battlefields,” Interfax news agency quoted Lavrov as saying.
Lavrov added that the foreign ministers decided Tuesday at a “Normandy format” meeting that there is no need to establish new monitor missions other than the OSCE one.
A clear agreement was reached in Minsk on Feb. 12 that the OSCE mission should play the role and that the mission should be strengthened with staff, equipment and funds, Lavrov said.
Moreover, the minister urged the Kiev administration to show responsible attitudes and honor the commitments of decentralization and constitutional reform in Ukraine as written in Minsk agreements.
Besides the Ukraine peace progress, the two officials discussed situation in the Middle East, calling for joint efforts to eliminate the threats of terrorism and extremism. Enditem