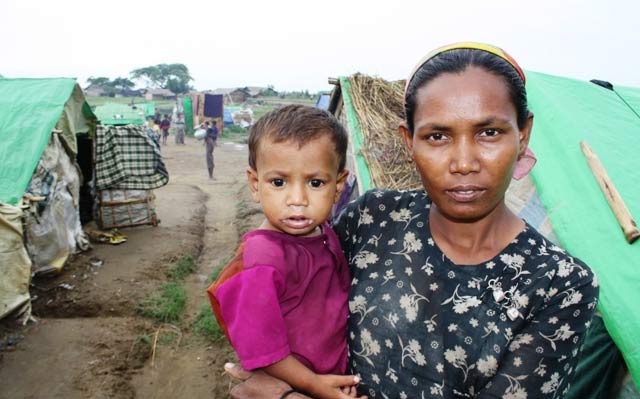 “Sexual and gender-based violence is a severe, life-threatening public health and human rights abuse and I am deeply shocked and concerned by reports we are receiving from new arrivals in Cox’s Bazar,” said Director General Swing from the Organization’s Headquarters in Geneva, when discussing IOM’s response. “Particularly women and girls, but also men and boys, have been targeted for and are at risk of further exploitation, violence and abuse simply because of their gender, age and status in society.”

Since 25 August, when violence broke out in Rakhine State, Myanmar, an estimated 480,000 people have crossed into Cox’s Bazar, Bangladesh. Prior to this most recent influx, Rohingya had been fleeing Rakhine State for years following various waves of insecurity, including approximately 74,000 people last October. Gender-based violence has been recorded in needs assessments, fact finding missions and through the provision of life-saving services. Rape, sexual assault, domestic violence and child marriage, among other forms of gender-based violence, have been identified and require immediate, holistic responses from humanitarian actors.

Although the known number most likely only represents a small portion of actual cases, IOM doctors have treated dozens of women since August, who have experienced violent sexual assault, and since October 2016, IOM has treated or received reports from hundreds of women and some men.

“IOM is supporting survivors but I cannot emphasize enough that attempting to understand the scale of gender-based violence through known case numbers alone is impossible. This type of egregious violence and abuse is under-reported even in the best resourced and most stable settings worldwide. In crises like this, where usual social systems and protections are no longer in place, so many barriers stand in the way of survivors seeking support. Our staff on the ground is working to break down these barriers and get to those most in need,” said Swing.

“IOM, as the agency coordinating the humanitarian response, has been taking action to urgently respond to gender-based violence and we are expanding our services to ensure that the right type of support reaches survivors. We also have to ensure that no further abuse is perpetrated in the settlements, due to overcrowded and difficult hosting conditions. Frontline responders have been trained on the identification and handling of most vulnerable cases we have been setting up safe spaces for people in need across all sites,” Swing added.

As a core part of humanitarian response, preventing and responding to gender-based violence is life-saving. Survivors are at high risk of severe and long-lasting health, emotional, social, economic, and security problems. Through a survivor-centred approach, IOM strives to create a supportive environment in which the survivor’s rights and wishes are respected, their safety is ensured, and they are treated with dignity and respect. Given the barriers and risks mentioned, confidentiality about survivors’ cases is key to ensure that all of the persons affected trust our services and seek the support they deserve, without being stigmatized.