Referring to growing frustration about the inefficacy of the world in solving the humanitarian crisis, he stressed that “We need to mobilize the good forces to shift this very negative trend.” 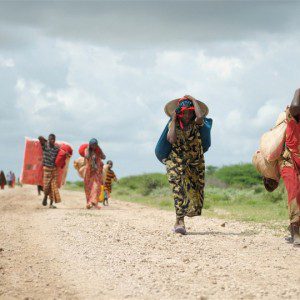 “We hope to mobilize different actors in the society like those in private sector, academic world, civil society and scientific community, who are needed to be involved,” he told Xinhua, adding “Nobody can do everything but everybody can do something.”

According to UN data, about 125 to 130 million people are currently in need of humanitarian support, while 60 million are displaced by force.

About 25 to 30 billion U.S. dollars per year are needed for humanitarian aid, Stephen O’Brien, UN under-secretary-general for humanitarian affairs and emergency relief coordinator, said at a joint press conference with Eliasson.

“About 90 million of those 125 million people are the prioritized immediate needs that would cross about 21 billion dollars,” O’Brien noted.

He said the United Nations appealed for this sum of donations earlier this year, but is far from reaching this target.

“The summit, amid the escalating humanitarian crisis, has never been more topical and more needed than ever,” he stressed.

In the view of Eliasson, the summit is not one for pledge, but it will be an important opportunity to send messages to all sectors of society about shared responsibility in prevention and ending the conflicts.

The summit was initiated by UN Secretary General Ban Ki-moon with a view to revam an outdated humanitarian aid system to make it more efficient, coordinated and cohesive.

Around 6,000 participants, including some 50 heads of state and government, are expected for the two-day event. Enditem