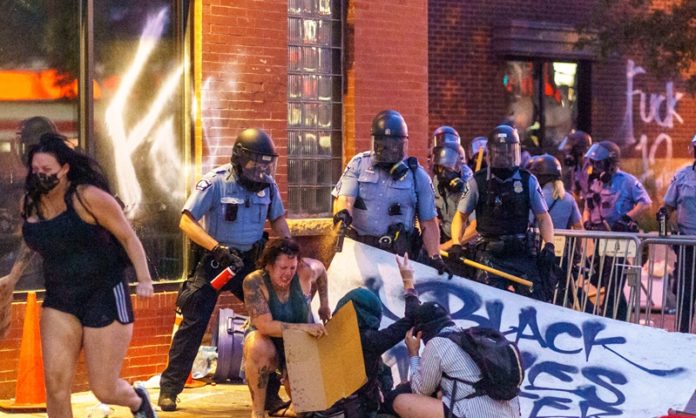 George Floyd died on Monday evening shortly after a white police officer held him down with a knee on his neck though the black man in his 40s repeatedly pleaded, “I can’t breathe,” and “please, I can’t breathe.”

This is the latest in “a long line of killings of unarmed African Americans by U.S. police officers and members of the public,” Bachelet said in a statement.

“Procedures must change, prevention systems must be put in place, and above all police officers who resort to excessive use of force, should be charged and convicted for the crimes committed,” to ensure that justice is done when they do occur, she said.

Welcomed the government’s decision to prioritize an investigation into the incident, Bachelet expressed concern that similar probes in the past had resulted in questionable justifications for killings.

“The role that entrenched and pervasive racial discrimination plays in such deaths must also be fully examined, properly recognized and dealt with”, she said.

While empathizing with the anger unleashed by Floyd’s killing, the high commissioner called on people in Minneapolis and elsewhere to protest peacefully.

“I urge protestors to express their demands for justice peacefully, and I urge the police to take utmost care not enflame the current situation even more with any further use of excessive force,” she said.