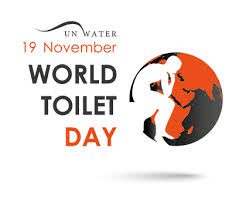 Sanitation is central to human and environmental health as well as to individual opportunity, development and dignity. Yet today, worldwide, one in every three people lacks improved sanitation, and one in every eight practices open defecation. The recently adopted 2030 Agenda for Sustainable Development recognizes the central role sanitation plays in sustainable development. The integrated nature of the new agenda means that we need to better understand the connections between the building blocks of development. In that spirit, this year’s observance of World Toilet Day focuses on the vicious cycle connecting poor sanitation and malnutrition.
Poor sanitation and hygiene are at the heart of disease and malnutrition. Each year, too many children under the age of five have their lives cut short or altered forever as a result of poor sanitation: more than 800,000 children worldwide — or one every two minutes– die from diarrhea, and almost half of all deaths of children under five are due to undernutrition. A quarter of all children under five are stunted, and countless other children, as well as adults, are falling seriously ill, often suffering long-term, even lifelong, health and developmental consequences. Parents and guardians carry the cost of these consequences. Women in particular women bear the direct brunt.
Despite the compelling moral and economic case for action on sanitation, progress is too little and too slow. By many accounts, sanitation is the most-missed target of the Millennium Development Goals. This is why the Call to Action on Sanitation was launched in 2013, and why we aim to end open defecation by 2025.
The 2030 Agenda calls on us to renew our efforts in providing access to adequate sanitation worldwide. We must continue to educate and protect communities at risk, and to change cultural perceptions and long-standing practices that hinder the quest for dignity.
By working together, and by having an open and frank discussion on the importance of toilets and sanitation, we can improve the health and well-being of one-third of the human family.