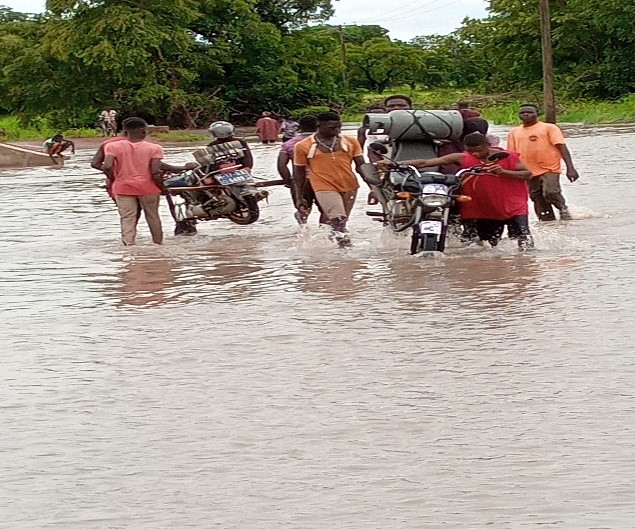 The Food and Agriculture Organization of the United Nations (FAO) has warned of high risk of severe flooding in Somalia amid rise in river levels.

FAO’s Somalia Water and Land Information Management (FAO-SWALIM) flood bulletin released in Mogadishu on Saturday warns at least 150,000 people are at immediate risk from imminent floods as river levels in parts of the country continue to rise due to torrential rains.

Ezana Kassa, Head of Programme for FAO in Somalia said in a statement that it is time to act to ensure the safety and wellbeing of the people who will be affected by this unprecedented flood.

According to FAO, the Shabelle River has risen at an alarming rate over the past week due to the heavy rains, adding that rains on the upper parts of the Ethiopian highlands are causing large volumes of water to flow rapidly towards Somalia.

As with the previous three years, the UN food agency warned of a flood wave likely to inundate Beletweyne, one of the largest towns in Somalia, in the coming days.

FAO said the level of damage expected could supersede the mitigation and risk measures that have already been implemented, such as rehabilitating river embankments and, as in recent years, a limited evacuation from flood-prone areas and extensive crop damage is likely to result.

It said channel crest overflow is forecast between May 10-13 along the Shabelle River, particularly within the Hiran and Middle Shabelle Regions, affecting both urban and rural communities.

It said urgent and collective response is required to reduce the risk to human lives and livelihoods as an unprecedented level of rainfall upstream, as forecast, still poses a high flood risk to riverine communities.

Chris Print, Senior Land and Water Advisor from FAO Somalia said there is a climate emergency in Somalia and in the region, noting that the impacts of climate change on people will be felt mainly through water, driven by pattern shifts in regional weather, particularly rainfall and extreme events.