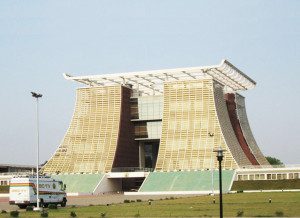 The health workers, who came from various parts of the country to petition the president to fast track their employment into the health sector, claim four of them were arrested for unlawful gathering. Speaking to Citi News, a member of the group, Philip Davor, said they did not notify the police of their intended actions because they were simply in Accra to deliver a letter to the government and not to demonstrate.

We did not even get to the Flagstaff House and they were picked by the Police. Either they release those guys or they come back and pick all of us. They said unlawful assembly, what is the use of unlawful assembly when we are in the house suffering? What has the government done about us? They should come back and take all of us, that will rather help because if they take some we will go back again.” “…So we are sending a message to the Police commander that he should tell his boys to come back and pick all of us.

If he, the IGP has paid school fees for his children and after four years, they come back home and become a burden on him and he feels it is good so he will pick us, he should come back and pick all of us,” he stated. Unemployed nurses threaten to occupy Flagstaff House Other health professionals in recent times have threatened to occupy the Flagstaff House if they are not posted.

The Coalition of Unemployed Nurses who are part of the health professionals to have made such threats say they are yet to be posted to health institutions years after completing school.