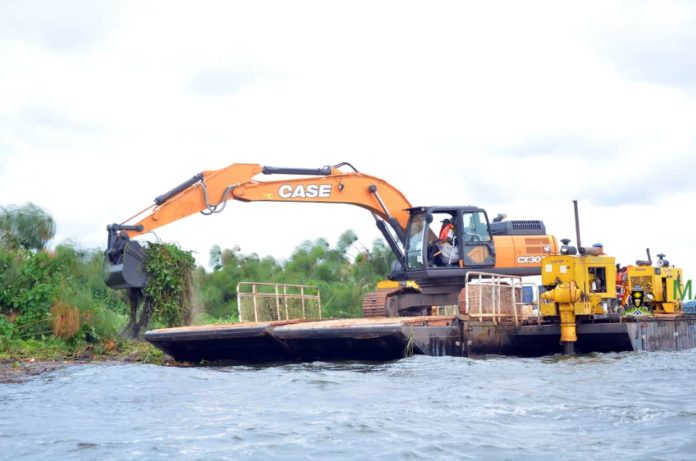 The United Nations Environment Program (UNEP) has urged east African countries to consider adapting extraordinary measures to reduce the impact of environmental pollution on Lake Victoria, warning of risks to the livelihoods of at least 40 million people across the region.

Lake Victoria, Africa’s largest freshwater lake and the second largest in the world, is the principal source of the River Nile, supporting over 40 million people, according to UNEP. The health of the oceans is connected to the health of lakes and rivers. A study estimated that up to 88-95 percent of the plastic transported by 1,350 large rivers around the world comes from only 10 rivers, and the Nile is one of them.

Juliette Biao, UNEP regional director for Africa, said on Thursday evening that pollution of Lake Victoria was an issue that not only requires raising awareness but also provides an opportunity to the countries in east Africa to increase their investment in green energy projects to generate growth.

She said investing in the generation of energy from plastic waste and other pollutants forms part of the efforts necessary to reverse environmental pollution and to deal with the effect of climate change.

“The African Continental Free Trade Agreement (AfCTA) is another opportunity to improve trade and to address the real change that is needed. We are lacking creativity to address the green economic recovery program and not resources,” she added.

Biao spoke during a meeting with senior administration officials in Kisumu, a lakeside city in western Kenya, on environmental degradation of Lake Victoria, which has been experiencing a disastrous backflow of water that caused massive flooding.

According to the UNEP, a 2015 study on Lake Victoria showed that micro plastics were found in 20 percent of the fish tested.

Micro plastics are pieces of plastic smaller than 5mm at the longest edge, and are often the result of a breakdown of larger plastic products.

Pollutants are also recorded in the surface water of Lake Victoria and on the shores and in the sediment of northern parts of the lake.

The lake represents a myriad of environmental and health issues threatening lives and livelihoods, connects to the health of the oceans and planetary climate change, the UNEP said.

The lake’s water levels have been dropping since 1960 due to changes in climate.

Deforestation, land-use change, worsening wetland quality, and waste from urban areas, industries and farmlands are blamed for the lake’s pollution, which resulted in poor water quality, algae blooms, and loss of oxygen in the lake.

The UNEP said a change in the mind-set and behavior in communities both upstream and downstream, coupled with an improvement in waste collection and management infrastructure, is needed to tackle this critical global issue. Enditem