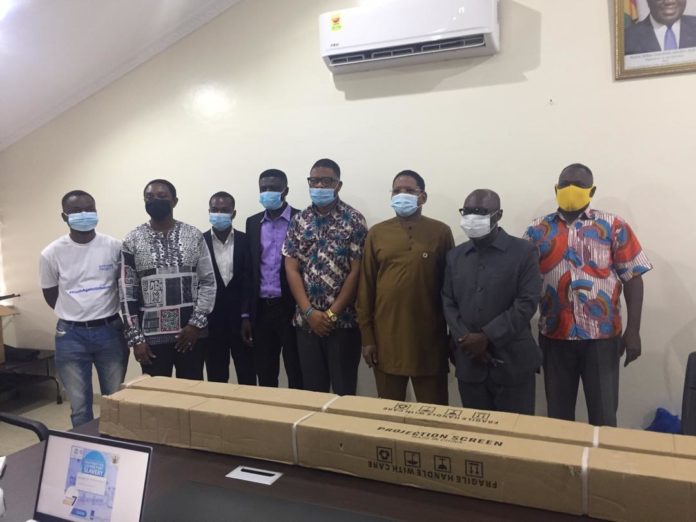 The Netherlands Government through the United Nations Educational, Scientific and Cultural Organisation (UNESCO) has presented some equipment to the Ghana Museums and Monuments Board (GMMB) for the rehabilitation of the Ussher Fort Slavery Museum in Accra.

As a result of the rich common cultural heritage in Ghana, it was decided, in close consultation with the GMMB and UNESCO, to explore the possibilities for cooperation in that field.

On 22 January in the year 2000, a Dutch research mission arrived in Ghana with the objective to make an inventory of the historical sites and to review present and future projects.

The mission has given special attention to the ”Old Accra Integrated Development and Conservation Framework.”

Other focal points of the mission were the possible rehabilitation of Ussher Fort, formerly known as Fort Crevecoeur.

An archaeological survey of the fort has been conducted by Professor Anquandah from the University of Ghana, Legon, with support from the Netherlands Embassy.

The findings and recommendations of the mission resulted in future cooperation.

Mr Abdourahamane Diallo, UNESCO Representative in Ghana, the implementation of the project was funded by the Netherlands Government through the collaboration of UNESCO to assist GMMB for the preservation of the Fort and component of the Museum.

He commended the Ghana Government and the GMMB for pushing the agenda of Heritage for the past two years.

Mr Diallo, therefore, pledged the continuous efforts in trying to mobilise all countries, who wanted to bring their contributions to support the work of GMMB.

“We will continue the dialogue to enable them to contribute either technically, physically or financially to preserve Ghanaian heritage.

Mr Ivor Agyeman Duah, the Acting Executive Director of GMMB, expressed GMMB’s gratitude for the equipment and pledged to use them for the intended purpose.

He said GMMB would keep the UNESCO and its partners informed on progress made on the project.

Mr Duah said GMMB was facing some operational challenges, which the Board of Directors and Government were addressing them.