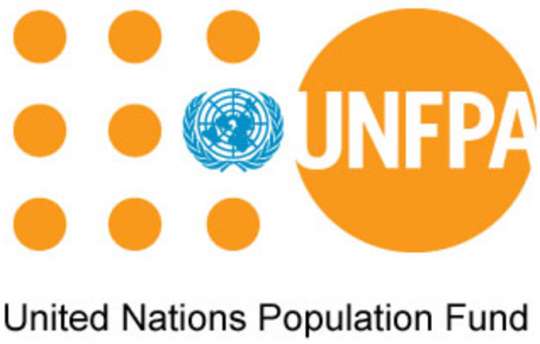 Mr Niyi Ojuolape, the Country Representative of the United Nations Population Fund (UNFPA), has applauded the Government of Ghana (GoG) for the effective management of the COVID-19 crisis.

He acknowledged the fact that the Government took the situation of the outbreak of the pandemic seriously right from its onset, with the President announcing a 100 million dollar start-up funding for the procurement of Personal Protective Equipment (PPE), strengthening health systems and infrastructure among other things.

Mr Ojuolape, who spoke at the close of a three-day training for Operators and Officers of the UNFPA’s Sexual and Gender-Based Violence (SGBV) Hotline in Accra on Friday, said for the United Nations, before it could offer any help, the GoG, had already risen up to it.

He said the swift efforts were highly commendable, but indicated that one of the things that the UNFPA was committed to, was community sensitisation, which, had also caught up like “wildfire,” because of the massive mobilisation.

He further recounted the comprehensive response by the Government in mobilising retired health sector professionals to provide back-up services, and subsequently, announcing some various incentives including; electricity and water tariff supports, as well as food and shelter for the needy, to mitigate the socio- economic impact of the pandemic.

The Country Representative, however, said the only gap identified, was in the area of SGBV, which had been observed globally during crisis situations as a major concern after all efforts were made to address the key problem.

He said the SGBV Hotline was re-vitalised by the UNFPA, to support the work of the Domestic Violence and Victim Support Unit (DOVVSU) of the Ghana Police Service, in addressing issues of violence ad abuses especially against women and children during the COVID-19 restrictive period and beyound.

Hence the training of the personnel who manage the Hotline and offer services, must understand the key role they were expected to play in conflict management, providing psychosocial support to victims of abuse, encouraging the public to report such cases, and building trust in State institutions for legal remedies.

Mr Ojuolape stated that statistics globally showed that when people were locked together in a place for sometime, there was the likelihood of violence to occur.

Although, there was no data especially, in developing countries to support the assertion, there was a general consensus that rape, assault, wife battery among others were on the ascendancy during the lockdown and restrictive periods, he said.

He said an update gathered from the Domestic Violence and Victim Support Unit (DOVVSU), of the Ghana Police Service, for instance showed that there was no significant change in the present figures on SGBV recorded during these period.

He explained that this could be attributed either to the lack of reporting of SGBV cases by victims and the public, or the fact that the massive media campaign embarked upon by the UNFPA and its collaborators on the existence of the Helpline and the consequences, was indeed working, and that perpetrators of such crimes were now conscious.

Mr Ojuolape commended the Participants who were drawn from DOVVSU, Ministry of Gender, the Planned Parenthood Association of Ghana, the Media and some staff of the UNFPA, for availing themselves for the training and subsequent task ahead.

He also thanked the facilitators of the training, the co-organising partnership institutions made up of the DOVVSU, the Multi-Party Trust Fund Secretariat, and the Canadian Government.

All the participants were presented with a Certificate of Participation.