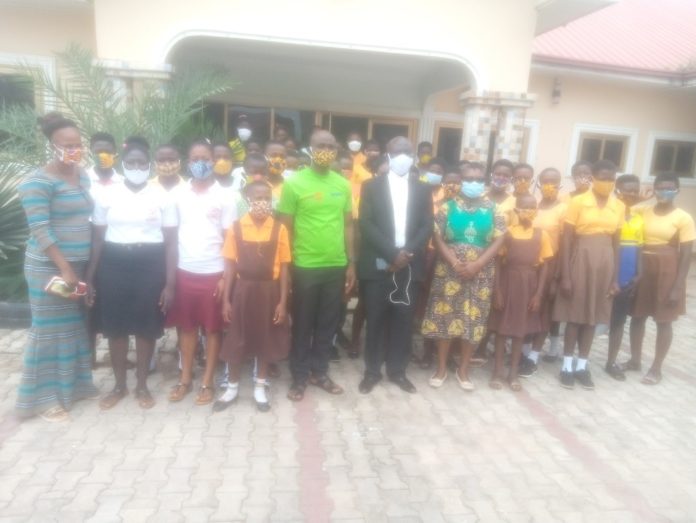 The United Nations Population Fund (UNFPA) has schooled selected young girls in the Upper East Region on the Domestic Violence Act and Sexual and Gender-based Violence (SGBV) as part of measures to safeguard them against exploitation.

The adolescent girls both in and out of school were selected from various districts across the region and were educated to act as ambassadors against SGBV and the operation of the Domestic Violence Act of 2007, Act 732.

The programme dubbed “Legal literacy training”, which had financial support from the government of Canada, was to equip the girls with basic human rights and responsibilities as enshrined in the 1992 Constitution, to enable them fight various abuses particularly SGBV.

The training was held on the theme, “Empowering adolescent girls on their rights to end sexual and gender based violence.”

She said the selected districts were targeted due to the high rate of teenage pregnancies recorded in the areas annually and the training was aimed at training the young girls to replicate the knowledge to their colleagues to help fight the menace.

The Focal Person explained that although both boys and girls experienced sexual and gender based violence and domestic violence, girls were mostly affected and therefore it was necessary to give the young girls the training to ensure that they had the knowledge to stand for their rights and report abuses to the mandated institutions.

This, Madam Wonchua stated, would help contribute to ensuring gender equality and the attainment of the Sustainable Development Goals (SDGs) particularly goal five.

Mr James Twene, the Regional Director, Department of Gender, said the socio-cultural beliefs and practices of some societies were dehumanizing and did not support the fight against gender based violence.

Mr Jaladeen Abdulai, a Legal Practitioner and Regional Director of the Commission on Human Rights and Administrative Justice (CHRAJ), said there were state institutions across some of the districts which the young girls could report to or seek advice when their rights were infringed upon.

He said most of the young girls were ignorant about the law and were being exploited and added that there was the need for intensive education to be carried out to ensure that people knew their rights and the channels to lay complaints when their rights were abused.

He said when the girls were empowered to know their rights they would be able to report the perpetuators to the appropriate authorities for arrest and action.

The Regional Director noted that culprits of gender-based and domestic violence were not punished enough to deter others and therefore called for stiffer punishment to be meted out to people who engage in the act.