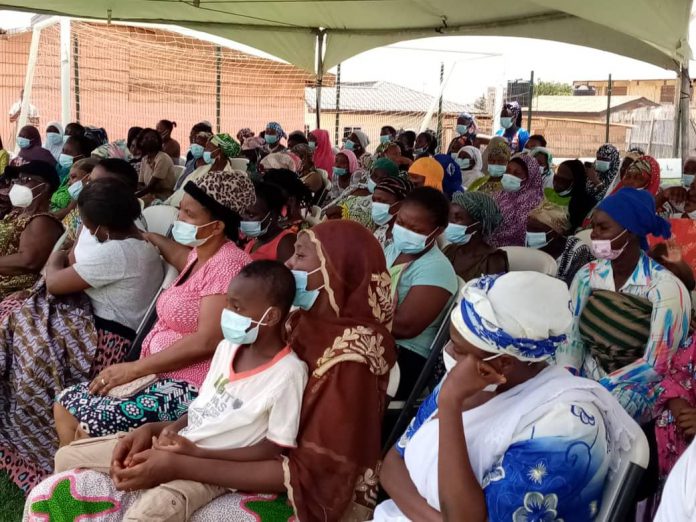 The Orange Support Centre was launched last month with the sole purpose of dedicating the resources of the centre to the resolution of gender based violence issues.

Madam Olapade Bisola, Programme Assistant, Reproductive Health Unit, UNFPA,said there was a high prevalence of SGBV in most communities in Accra which went unreported.

She added that they were engaging the women to encourage them to either report issues of violence to the fund’s orange support centre or any other avenue.
Madam Bisola said the UNFPA and the Ministry of Gender, Children and Social Protection, were working on many steps to resolving SGBV in Ghana and that the orange centre was one of the steps.

She added that Centre offered free services and asked victims and sympathizers to call 0800111222, a toll-free number, to report cases.

Madam Bisola stated the Centre had teams and offices across the country and that women with such problems should reach out to them for assistance.

Alhaji Ridwan Abbas, Chief of Fadama, said it was time women took advantage of the SGBV outreach initiative, and report any form of abuse for assistance with no hesitation or shyness.

“We have been handling such issues as elders of the community but we have evolved a tradition which dictates that whoever send you to the police become your enemy till the end of the world, so a lot of things happen behind the doors because the woman who has been maltreated will feel ashamed and a curse to her to come and tell people what is happening in her marriage,” he said.

He commended the United Nations for populations (UNFPA) for the kind gesture and giving confirmation and hope to women and the vulnerable in the society and urged that subsequent sensitisation programmes should be held to help the people.

Mr O.K Armah, Call centre operator at the Orange Support Center (OSC) of UNFPA, said the responses had been encouraging as the sensitisation was ongoing, people call for confirmation and report on issues of intimate violence, rape, defilement, kidnapping, relationship issues and other sexual violence cases.

Madam Evelyn Afful, participant expressed her excitement about the programme and was hopeful that cases of sexual violence would be reduced with the support of the Orange Support Centre.

Mr. Ebenezer Asare, trader and participant, said the sensitisation programme was an eye opener for the community to monitor and report perpetuators of violence.