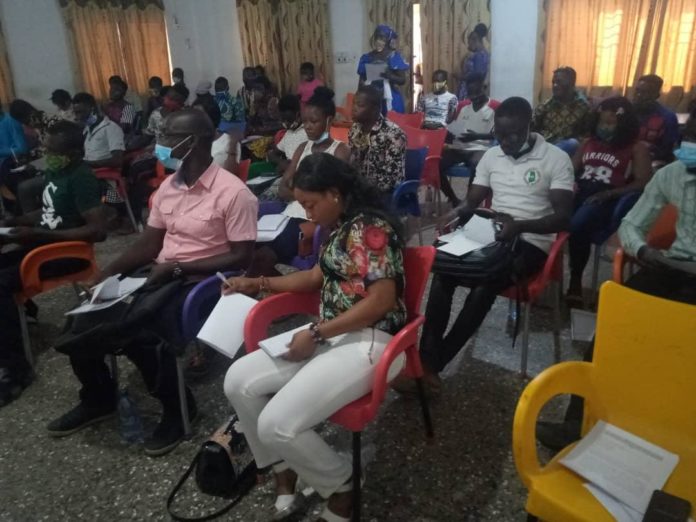 The implementation of adolescent empowerment programme by the United Nations Population Fund (UNFPA) across some selected regions in Ghana has led to improvement in adolescent sexual and reproductive health rights knowledge among youth.

Mr Francis Takyi-Koranteng, the Upper East Regional Director of the National Youth Authority (NYA) who made the disclosure in Bolgatanga said the intervention through education and other youth activities led to more youth particularly girls becoming more assertive of their rights.

This, he said, had reduced sexual and gender based violence especially against girls, while more girls preferred education and acquisition of vocational skills to early sex and child marriages.

The National Youth Authority in collaboration with government of Ghana through the Regional Coordinating Councils is implementing five-year adolescent sexual and reproductive health programme being sponsored by the UNFPA in selected districts in selected regions.

The aim of the project is to create an enabling environment, where adolescents are empowered to make decisions regarding their sexual and reproductive life to help reduce teenage pregnancy, child marriage, Sexually Transmitted Infections (STIs) and sexual and gender based violence.

Speaking at a review meeting of peer educators on sexual and reproductive health rights, the Regional Director noted that as a result of the intervention, some outmoded cultural practices were abolished and was making impact on the lives of young people across the country.

“Sexual activities seem to be on the decline lately because of programmes like this, most girls are able to say no to sex before marriage, no condom no sex and are more likely to spend on educational progression and or employable skills acquisition than before.

“Some obnoxious and harmful cultural practices like the Female Genital Mutilation, Trokosi System, limitation of girls to the kitchen or baby care rooms have equally reduced, except that more needs to be done,” he added.

Mr Takyi-Koranteng attributed achievement to the intervention’s concept of involving major stakeholders at the community level including parents and traditional authorities and called for stronger collaboration to gear towards achieving the Sustainable Development Goals.

The event which brought together about 50 youth from the beneficiary districts was to review some of the activities of the youth under the UNFPA intervention and carve out measures to improve performance and make greater impact.

The programme was to also enable the youth groups to share their experiences from the implementation of the project in their various communities to learn to improve performance.