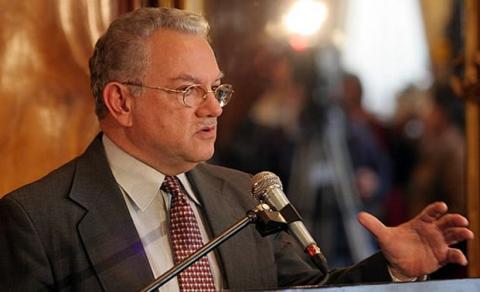 Eduardo Stein, Joint UNHCR-IOM Special representative for Venezuelan refugees and migrants, has indicated that given the current humanitarian and political challenges, Latin America must remain faithful to its tradition of solidarity.

According to them in a statement copied to Newsghana.com.gh, the flow of hundreds of thousands of refugees and migrants from Venezuela in recent years is the largest population movement in the recent history of Latin America.

“In the face of this monumental crisis, the reaction of the countries of the region has been exemplary. In my travels through the region, I have been able to witness the solidarity and commitment of governments, humanitarian organizations and local communities with refugees and migrants from Venezuela. The countries of the region have received Venezuelans with affection, generosity and respect, in the same way that, in the past, the Venezuelan people opened their doors to a large number of refugees and migrants from the region.

In recent days, however, violent actions, physical and verbal attacks and threats against Venezuelan citizens in several countries in the region have marred this picture. Although isolated and unrepresentative, these acts of hatred, intolerance and xenophobia are extremely worrying. Faced with them, it is essential that governments and societies respond with a clear and forceful message of rejection.

Racism, misogyny and xenophobia have no place in our countries and must be firmly condemned. Political and opinion leaders must appeal in their pronouncements to peace, justice, calm and restraint, condemning xenophobic and misogynistic attitudes and actions.

The media and users of social networks, for their part, must report the facts in a responsible manner, without inciting xenophobic attitudes and actions, and must also condemn all physical or verbal attacks against refugees, migrants and other foreign persons, when they occur.

Only through dialogue, solidarity, justice, coexistence and respect for diversity can we solve the multiple challenges that confront our region. Given the current humanitarian and political challenges, Latin America must remain faithful to its tradition of solidarity. In this context, the Quito Process – promoted by several countries in the region – constitutes a path of hope, a path of understanding and a path of common construction: it represents a road map to foster the reception, protection and inclusion of refugees and migrants in the host countries.

UNHCR and IOM will continue to support the efforts of States and civil society to address the most urgent needs of refugees and migrants, as well as to support host communities. It is with this objective that a Regional Inter-Agency Coordination Platform was established – with agencies of the United Nations System and various international organizations – and a Regional Response Plan for Refugees and Migrants has just been presented in order to foster a coordinated response, mobilize resources from the international community and promote a culture of tolerance, peaceful coexistence and inclusion,” the statement said.